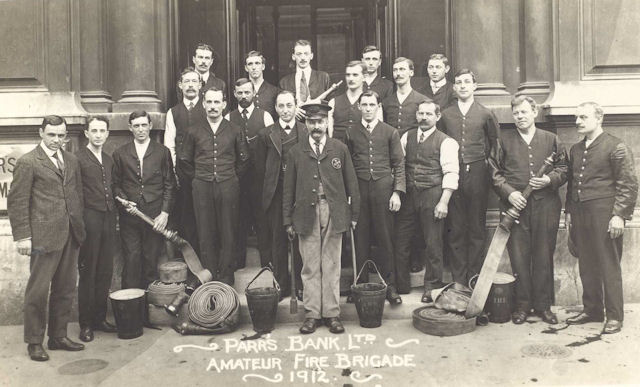 Parr's Bank Ltd (1788-1918), established in Warrington, was a past constituent of NatWest.

This private bank was established in Winwick Street, Warrington, in 1788 as Parr & Co by Joseph Parr, sugar refiner, Thomas Lyon, brewer and sugar refiner, and Walter Kerfoot, attorney; it was also known as Warrington Bank. The bank was styled Parr, Lyon & Greenall from 1825 to 1851 and Parr, Lyon & Co from 1855 to 1865. Branches were opened in St Helens (1839) and Runcorn (1853). In 1865 the bank was reconstructed as a joint stock bank with limited liability, Parr's Banking Co Ltd. The partners in the old business were paid £100,000 and the paid-up capital of the new bank was £100,000. Joseph Parr's son Thomas Parr was appointed chairman and the bank recruited John Dun, from Bank of Scotland, as its first general manager.

Our archival records of Parr's Bank Ltd have the reference code PAB.