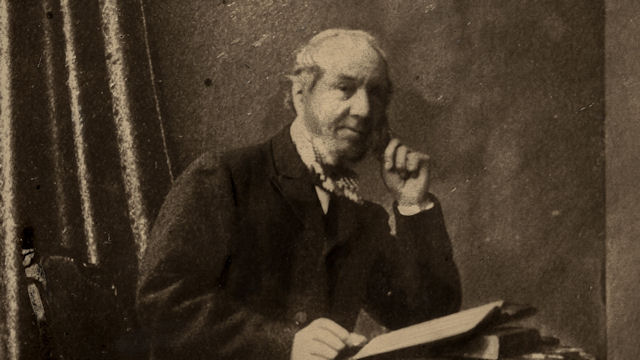 Thomas Parr was born on 6 December 1792, the son of Joseph Parr and his wife Ellen Lyon. He had an older brother, Joseph, and three older sisters.

Joseph Parr senior was a sugar refiner in Warrington who, in 1788, had formed the bank Parr & Co in partnership with two other men: his brother-in-law and fellow sugar refiner Thomas Lyon and attorney Walter Kerfoot.

In 1825 Thomas Parr became a partner in the family bank, probably as successor to his elder brother Joseph, who had joined the partnership in 1819 and died in 1824.

In 1865 the bank was reconstructed to become a joint stock bank with limited liability, renamed Parr’s Banking Co Ltd. Thomas Parr became the bank’s first chairman, and retained that post until his death five years later.

After his death, the bank’s annual statement remarked, ‘The directors have to deplore the death of their late colleague and chairman Mr Parr and are confident that all the shareholders will participate in their feelings of regret.’

Thomas Parr was a captain of the Warrington Regiment of local militia. He served as a justice of the peace for the counties of Chester and Lancashire, and was deputy lieutenant of the county of Chester in 1831.

In 1825 Thomas Parr married Clare Croxton Johnson, daughter of the vicar of Wilmslow. She died giving birth to their daughter Clara Ellen in 1827.

Thomas Parr was married for a second time in 1833, to Alicia Charlton. They had eight children together:

The family lived at Grappenhall Heyes estate near Warrington, purchased by Thomas Parr in 1830.

Thomas Parr died on 6 January 1870 and was buried in the family vault at Grappenhall.

As well as providing for his children and grandchildren, his will left sizeable donations towards the foundation of an infirmary in Warrington, and for the support of the Warrington ragged school.