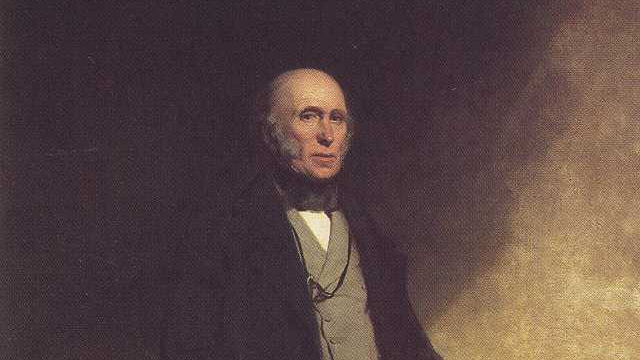 Robert Paul was born in Edinburgh on 15 May 1788, the second son and third child of the Reverend William Paul, one of the ministers of St Cuthbert’s parish, and his wife Susan Moncrieff. Three younger brothers were subsequently born.

In about 1798 Robert Paul and his brother William, two years his senior, enrolled in Edinburgh High School. Paul remained there four years, after which he probably attended some classes at Edinburgh University. Reverend Paul died in 1802, when Robert was 14 years old.

In summer 1803 Paul began an apprenticeship in the office of Pitcairn & Scott, writers to the signet. Alexander Pitcairn, one of the firm’s partners, was a friend of the Paul family. Robert Paul was a close friend of Pitcairn’s son David, and regarded Pitcairn himself as ‘my second father’.

When Paul’s apprenticeship ended in 1807, Pitcairn arranged a job for him in the private bank Ramsay, Bonars & Co.

In 1810 a new bank, originally called Commercial Banking Company of Scotland, was established in Edinburgh. 22-year-old Paul was recruited to serve as the firm’s first accountant. He began work there in mid-October 1810, six weeks before the bank officially opened for business, and was responsible for devising the book-keeping systems that the bank subsequently used for many decades.

Despite hostility from Edinburgh’s older banks, Commercial Banking Company of Scotland thrived, and in 1814 moved from its original office in Picardy Place to a new home on Edinburgh’s High Street. In 1823 Paul became the bank’s secretary.

In 1826 Robert Paul made the first of many trips to London to liaise and lobby on the Commercial Bank’s behalf. In response to the terrible banking crisis of the previous year, the government was planning to ban all £1 notes. Their loss would have caused significant difficulties in Scotland, where they were much more widely used and relied upon than in England. Paul spent around two months in London, meeting with government officials and other influential figures, to put Scotland’s case in the matter. He was one of three Scottish bankers who gave evidence on the subject to the House of Lords Select Committee, which eventually withdrew the threat to Scotland’s £1 notes.

By 1830 the bank was anxious to obtain a royal charter, to secure for itself the legal advantages that older competitors such as The Royal Bank of Scotland already enjoyed. Once again, the bank needed support and approval from the authorities, and Paul spent many months in London, planning, lobbying and negotiating for a charter. The charter was finally granted on 5 August 1831, at which point the bank’s name changed to Commercial Bank of Scotland.

In 1835, upon the retirement of Alexander MacArtney, Robert Paul was appointed manager of Commercial Bank of Scotland. Despite his increased duties, he continued to take personal responsibility for the bank’s negotiations and discussions in London, visiting the capital nearly every year for the rest of his active career. He once observed, ‘it is a strange place this London, the very centre of all that is good and of all that is evil.’

In 1844 Commercial Bank of Scotland began building a fine new head office on George Street, Edinburgh. Work was completed in 1847, and Paul and his family moved into the manager’s apartments that had been created as part of the building. He lived there until 1853.

Robert Paul held the post of manager for 18 years, until his retirement in December 1853. Thereafter he became a director of the bank. He remained actively involved in the bank and its affairs, often attending to business at its head office, particularly in times of crisis such as the dangerous days that followed the collapse of Western Bank of Scotland in 1857.

From his early youth, Robert Paul was an ardent Christian, with a deep interest in religious and church affairs. He became a church elder in 1816.

At the time of the Disruption in 1843, Paul was one of the leading laymen in the group who broke away from the Church of Scotland to form the Free Church of Scotland. He appears as one of the central figures in David Octavius Hill’s famous painting of the first General Assembly of the Free Church of Scotland, a work recognised as the world’s first work of art to be created with the help of photography. The painting depicts 457 figures, many of whom - including Paul - were photographed by the pioneering early photographer Robert Adamson for Hill to paint into the canvas later; in fact, it took Hill 23 years to complete the work. Of the figures seated around the table at the centre of the composition, Robert Paul is third from the right.

Robert Paul remained very actively involved in Free Church affairs for the rest of his life.

The evangelical journalist and pioneer of geology Hugh Miller was a friend of Paul; Miller himself worked for Commercial Bank of Scotland for some years in the 1830s, initially at head office, and later in the Linlithgow and Cromarty branches. Before moving back to Edinburgh in 1840, Miller sometimes stayed with the Paul family when visiting the city.

Other interests and offices

Robert Paul was a long-standing supporter of Edinburgh’s Orphan Hospital, as well as of numerous other religious and social charitable organisations in the city.

He was elected a town councillor in November 1856, but served for only one year.

On 15 April 1814 Robert Paul married Charlotte Erskine, daughter of the late John Erskine, advocate. They had 8 children together, of whom several died in early childhood:

Of their 8 children, only two – daughters Christian and Isabella – were still living at the time of Robert Paul’s death in 1866.

Although he remained actively involved in bank and Church affairs, by the early 1860s Robert Paul was suffering from arthritis, particularly in his ankles, and became less able to move around. He had to take frequent rests or, as he put it, ‘I am fain to find myself moored in any Paul’s wharf that comes my way.’

He died at home on 16 July 1866.Related publications and online sources