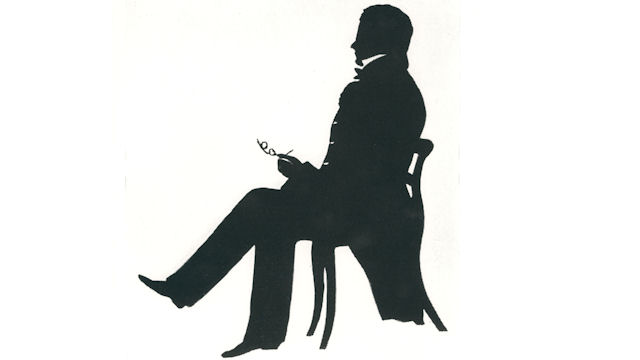 Alexander MacArtney (unknown-1838) was a banker. He was manager of Commercial Bank of Scotland, 1812-35.

Little is known about Alexander MacArtney’s early life, but he is thought to have had brothers named James and John and a sister named Elizabeth (later Elizabeth Gracie).

Alexander MacArtney’s earliest known employment was in the Edinburgh office of Vans Hawthorn, Writer to the Signet. From about 1801 he was manager of Scott, Smith, Stein & Co, one of the handful of private banks that still existed at that time in Edinburgh.

Commercial Bank of Scotland was founded in Edinburgh 1810, originally under the management of John Pollok, writer to the signet. Pollok had no previous experience of banking, and soon proved slow to learn the demands of the business. He was also felt to be overbearing in his dealings with others, and in June 1812, the bank’s board removed him from his post.

Alexander MacArtney, aware of the vacancy, approached the board to offer his services in August 1812. The board was glad to appoint him. Many years later, after MacArtney’s death, the board recorded that if one event above all others could be said to have sealed the bank’s early success, it was the formation of its link with MacArtney.

MacArtney remained Commercial Bank’s manager for over 20 years. At the beginning of that time, the bank was a fledgling enterprise, struggling to establish a new template for banking in the face of outright hostility from Scotland’s older banks. By the time he retired, Commercial Bank of Scotland had the legal protection of a charter; nearly 50 branches in towns and cities across Scotland; and numerous newer banks had been founded more or less in its image.

MacArtney retired as manager of Commercial Bank of Scotland in December 1835. Upon his retirement he joined the bank’s board.

Little is known about Alexander MacArtney’s family life. He had a daughter, Alexa Ann, born in 1815. She married a Mathew Watson in 1835. They had at least three sons, the eldest of whom was named Alexander. At some point in the 1840s the family emigrated to America, where they became early settlers in south east Kansas. Alexa and her family are not mentioned in Alexander MacArtney’s will.

Alexander MacArtney died at home at Cameron House near Edinburgh on 12 December 1838. At Commercial Bank of Scotland’s next annual general meeting, held less than a week later, the directors noted:

‘The directors know that they will not only stand excused in dwelling for a few moments on a subject which is this day to them, and to the Bank at large, one of most deep and melancholy interest, but that the omission of it would be considered as altogether unpardonable. Every proprietor will at once perceive that the directors allude to the irreparable loss which has just been sustained by the death of Mr MacArtney, whose name has almost from its rise been identified with the Establishment, and whose character imparted to it some of that high respectability and independence which so eminently belonged to his own’.

‘To the Bank the loss of such a man is no doubt a heavy calamity. But if in its future course and history the practical remembrance shall be reserved of the sound principles and views by which he was governed as a man of business, and as so long the head and most prominent member of this Establishment his services shall yet remain for many years to be of infinite value to the Bank’.