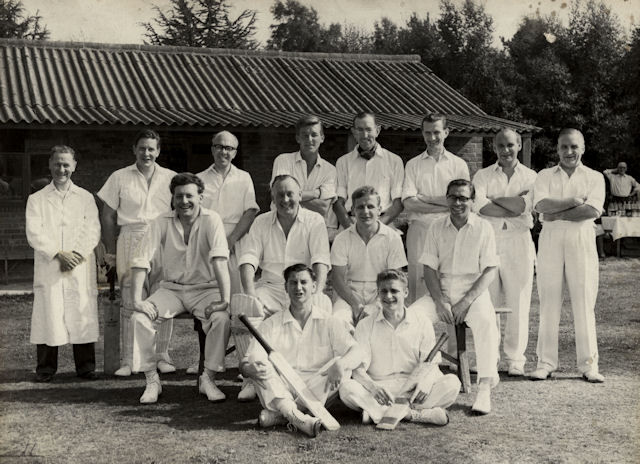 Lombard Banking Ltd (1946-71) was a past constituent of Lombard.

The business's deposit service flourished and was supplemented with other forms of banking business, including the operation of current accounts, discounting bills of exchange and letters of credit and financing of documentary export bills. In 1950 the company's head office moved to London. Between 1958 and 1964 bank assets grew from £40 million to £59.7 million. Lombard Banking also carried non-resident accounts and in the 1950s established a number of overseas subsidiaries in Africa, New Zealand, West Indies, Lebanon, Australia, Singapore and Malaya, Cyprus, Ceylon, Canada and Switzerland. In 1964 Lombard Bank Ireland Ltd was established in Dublin.

In 1951 Lombard acquired a hire purchase company called London & Provincial Motor & Tractor Co Ltd (est. 1946), changing its name to Lombank Ltd in 1953. In 1953 Lombard Marcroft Ltd was also established as a joint hire purchase venture (later wholly owned) with Marcroft Wagons Ltd. All the company’s hire purchase and credit finance activities were hived off to the Lombank subsidiary and from 1957 Lombard Banking operated solely as a bank. Lombank, specialising in credit finance and leasing facilities for commerce, the motor trade, industry and agriculture, also flourished and in 1959 moved to Croydon.

Lombard acquired Equity Credit Corporation Ltd; an interest in Devon House Finance Co Ltd of Ewell in 1956 (wholly owned from 1964), which had a similar business to Lombank focused on the London and Home Counties retail trade; Awley Finance Co Ltd of Manchester in 1958, one of the country's largest domestic equipment and appliance finance companies; and a 51% interest in Tricity Finance Corporation Ltd in 1959, which provided retail credit facilities largely for Thorn Electrical's household and leisure products.

Our archival records of Lombard Banking Ltd have the reference code LOM.