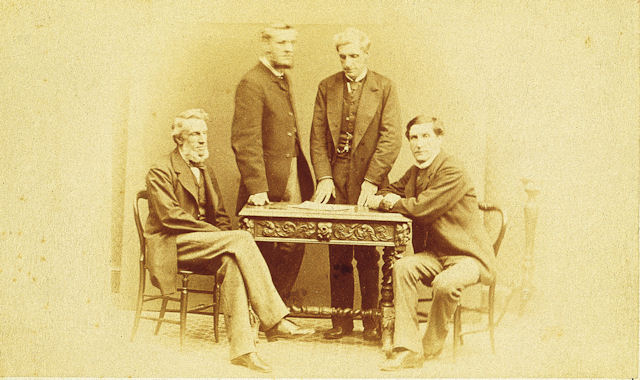 Heywood Brothers & Co (1788-1874), established in Manchester, was a past constituent of the Royal Bank of Scotland.

This private bank was established in Manchester by Benjamin Heywood and his two sons, Benjamin Arthur and Nathaniel, as Benjamin Heywood, Sons & Co. It was also known as Manchester Bank. Benjamin was the brother of Liverpool merchant-adventurer and banker Arthur Heywood of Arthur Heywood, Sons & Co (est. 1773). The partners brought with them over £10,000 in bills of exchange and opened their business in Exchange Street, Manchester, in May 1788, with Barclay, Bevan, Tritton & Co (est. 1690) as their London agents. The bank flourished, moving in 1795 to a site in St Ann Street. Upon Benjamin Heywood's death in 1795 the firm became known as Heywood Brothers & Co. In 1815 Nathaniel Heywood died. His sons Benjamin, Thomas and Richard became partners in 1814, 1818 and 1820 respectively. Shortly afterwards the bank opened a short-lived branch, in Stockport, south of Manchester.

Benjamin Arthur died in 1828 and the following year both Thomas and Richard retired. With Benjamin Heywood remaining as sole partner, the firm's name was changed to Benjamin Heywood & Co, and when he was knighted in 1838 for his social and political work, it was restyled Sir Benjamin Heywood Bart. & Co. Heywood’s sons Oliver, Arthur, Edward and Charles all joined the partnership as they came of age. In 1848 new bank premises with an adjoining house for the manager were built. Benjamin Heywood retired at the end of 1860 and the bank again became known as Heywood Brothers & Co.

Our archival records of Heywood Brothers & Co have the reference code HB.