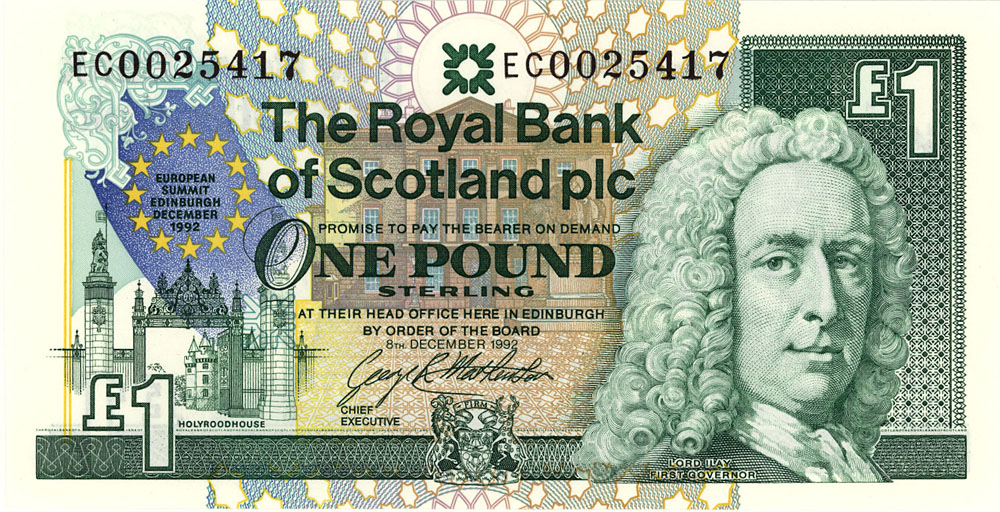 Coincidentally, 8 December was also the date of the Royal Bank's very first note issue in 1727. The note's design was similar to that of the Ilay series notes, but its special features included: