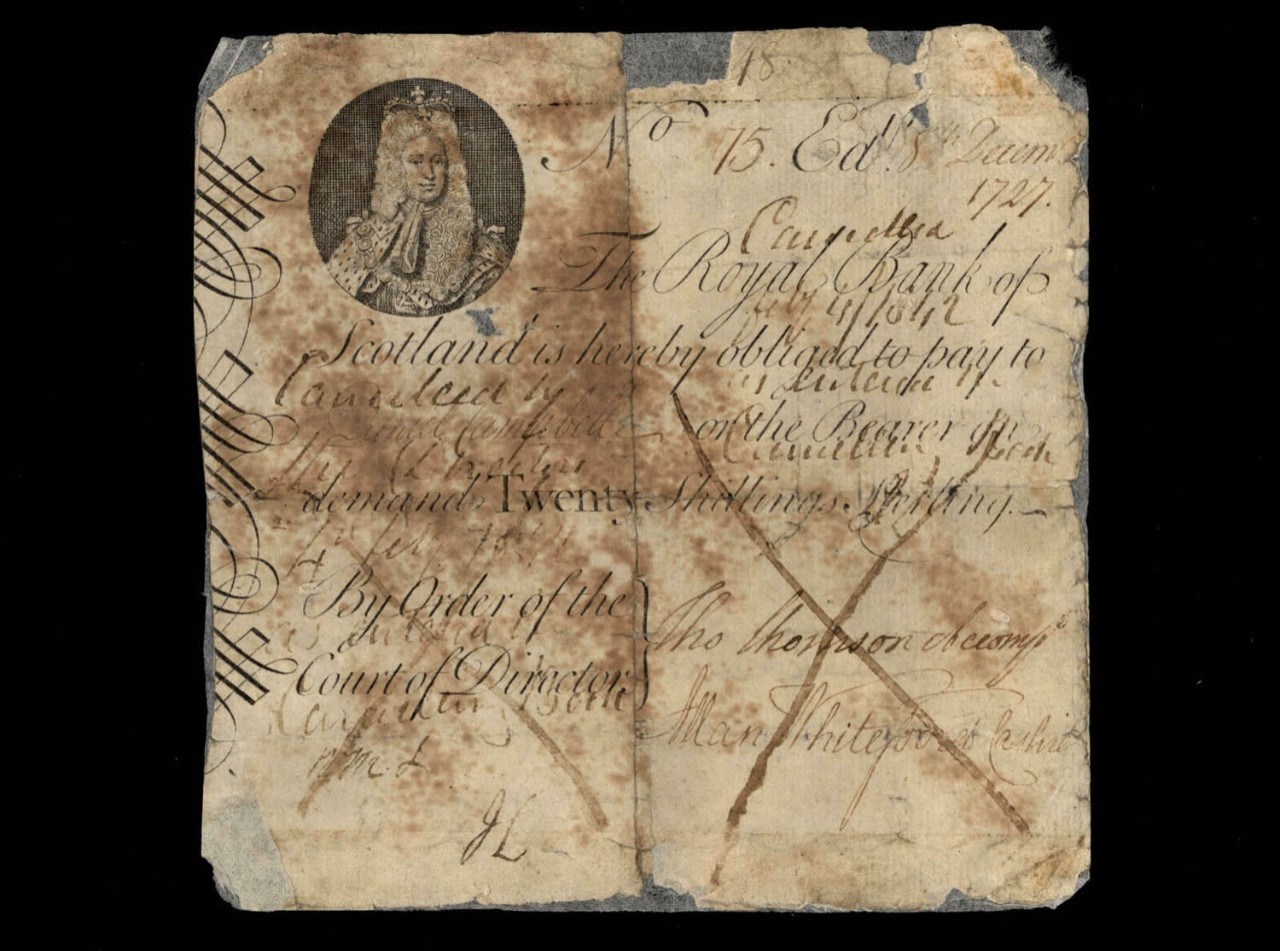 Twenty shilling note of The Royal Bank of Scotland, 1727. © RBS

In 1727, the public face of The Royal Bank of Scotland had a high forehead, long nose and largish eyes. It sported a full periwig, crown and ermine robes, and it had a name: King George II.

At that time, George II had only recently acceded to the throne in succession to his father, George I. The Royal Bank of Scotland was a newcomer, too. Granting permission for its foundation had been one of the last things George I did before his death in June 1727.

A new face on a new bank's notes; very apt. It was not, however, an easy thing to accomplish. Nobody had ever put a portrait on a banknote before. The Royal Bank was to be the first.

| It was something new, different and eye-catching

In those days, notes were printed from copper plates which had been hand-engraved with the design. Hot ink was applied to the plate so that it sat in the grooves. When it was pressed against paper, the ink transferred to the note, which was then hung up on a line to dry. All this was difficult enough, but a portrait added to the time and skill required in the engraving and printing processes. Furthermore, flaws that developed as the soft copper aged would become evident more quickly in a portrait than in wording or a simple pattern, and the plate would have to be replaced with a new one.

When the new bank's board heard how much trouble the portrait would add, they nearly gave up on the idea, but resolved to let Lord Ilay, the Bank's governor, make the final decision. He said that the portrait should stay, and so it did.

The King's portrait had several attractions for a new company trying to carve out a name for itself in a country that already had one bank. It gave an air of authority, assuring potential customers that this was a serious organisation with powerful backing. It was a powerful anti-forgery measure, because people are so good at spotting subtle differences between faces. This helped the new notes to gain public trust and acceptance. Finally, it was something new, different and eye-catching. No doubt many people would have stopped to take a good look the first time they saw one of these notes. They might even show it around to other people. It was a clever way of getting people to notice and talk about the new bank.