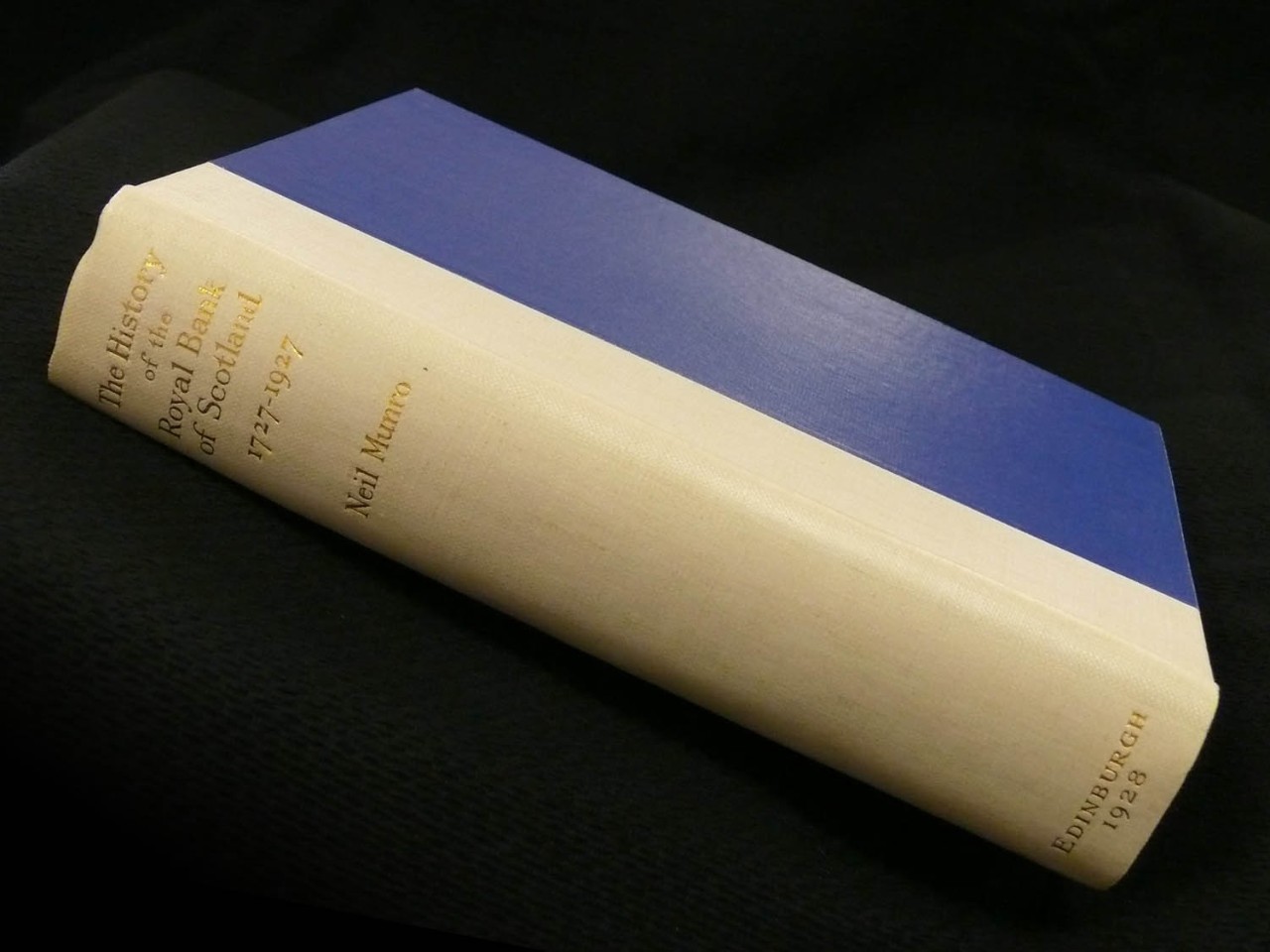 First edition of the bicentenary history of The Royal Bank of Scotland, 1928. © RBS

This book, telling the story of the Bank's first 200 years, was commissioned by The Royal Bank of Scotland in the year of its bicentenary, and was written by Neil Munro, one of Scotland's best-loved authors. Publishing it was a way for the bank to tell the world: this is what we've done, and what we've experienced; this is who we are.

For many of us, significant birthdays are a time to take stock to review our lives so far, assess where we have come to, and look towards the future. We might leaf through old photo albums; rekindle past friendships; or make resolutions about what we plan to do or not do before our next big birthday.

The Royal Bank celebrated its 200th anniversary in June 1927 with a dinner attended by managers from every department and branch, as well as representatives of competitors, the governor of the Bank of England, and various other friends and colleagues. Telegrams of congratulation were received from all over the UK, and from abroad.

At the dinner, board director Herbert Haldane expressed regret that all 1,270 of the bank's staff could not be there - but, he reflected, it would have been hard to find a venue big enough. This history book was a way of sharing the bicentenary with all of them, and with a wider audience outside the bank. It was also a way of marking the occasion for posterity; of taking possession of the past and sending it on as a gift to the future.

In the 1920s, it was easy to feel aware of living in historic times. The First World War was still a recent memory, as was the economic turmoil of the post-war years. Bankers had seen their working lives change rapidly, with the arrival of telephones, office machines, and even female colleagues. Banks were reaching out to new types of customers, and in 1924 the Royal Bank itself had made its first English acquisition, buying the London-based Drummonds Bank. It was time to review and consolidate a 200-year-old identity.

The history project was entrusted to the famous writer Neil Munro. He had recently retired from a long journalistic career, but was better known for his much-loved tales of Para Handy. Also popular, though less-remembered today, were his Scottish historical novels. All these interests - journalism, storytelling, humour and history - made him the perfect man to write the book the bank wanted; the honest, accessible and entertaining story-so-far of The Royal Bank of Scotland.