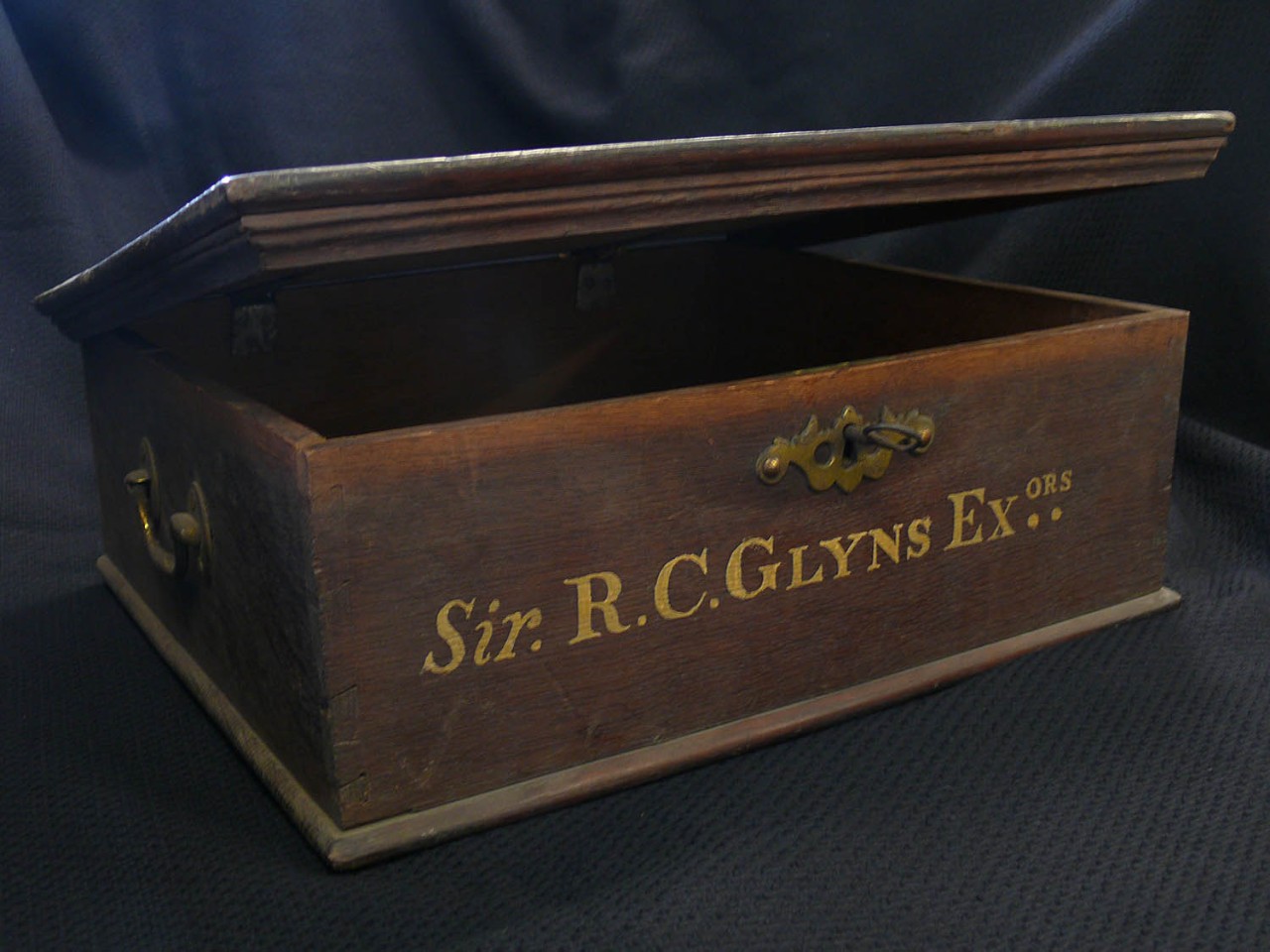 Presentation box for the papers of the North East Division of Loyal London Volunteers, 1802. © RBS

This wooden box was presented to Richard Carr Glyn in 1802, at the end of three years in which he had served as Lieutenant Colonel Glyn, Commandant of the North East Division of the Loyal London Volunteers. It was packed with the papers of the Division, not only for safe-keeping, but as a token of respect for his dedication to its successful operation.

Richard Carr Glyn was a banker. He was senior partner in the family firm of Glyn, Mills & Co. He also served as Lord Mayor of London. More astonishingly, for a short turbulent period from the 1790s, he was a commanding officer in an army.

| the government called for citizens to protect England

The Volunteers were a forerunner of the Second World War's Home Guard, and of the Territorial Army that still serves the nation today. They were formed at a time when invasion from Napoleonic France was a genuine danger. For generations afterwards, misbehaving British children would be warned that 'Boney will get you', but in the 1790s the threat from Napoleon Bonaparte was very real, and it wasn't only children who were scared.

In 1798 the government called for citizens to protect England as volunteer soldiers. In the City of London 40,000 men came forward, but the government had no facilities for managing them. It could provide no uniforms, pay or weapons. Each Volunteer had to equip himself, and groups of Volunteers were to be managed by committees of Volunteer officers.

One such group was the Bishopsgate Volunteers, named after the London district from which it was drawn and led by Richard Carr Glyn, whose bank was based there. Within a year, the Bishopsgate Volunteers had 140 members. In June 1799 they were amalgamated with several other groups to form a single battalion, called the North East Division of Loyal London Volunteers. Glyn was put in charge, and promoted to the rank of Lieutenant Colonel. The drills, field days, parades and inevitable paperwork must have taken up a good deal of his time. 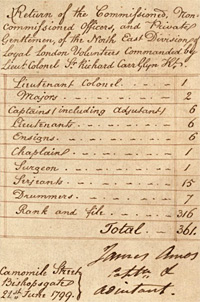 Glyn's battalion never did face Bonaparte, though they did help put out fires, calm riots and quell other threats to the community. The danger of invasion gradually subsided, and after the Peace of Amiens in 1802 there was no longer any need for the Volunteers. In July 1802, after receiving a letter of appreciation from the king and votes of thanks from both houses of parliament, the battalion was disbanded. Its papers were locked in this box and given to Lieutenant Colonel Glyn.

For many people, the terror of those anxious years never completely vanished. Maybe that's why Glyn kept the papers safe for the rest of his life, as did his executors after him. In the event they were not needed again, but Glyn and his fellow Volunteers had established a tradition of part-time soldiery that was to live on.