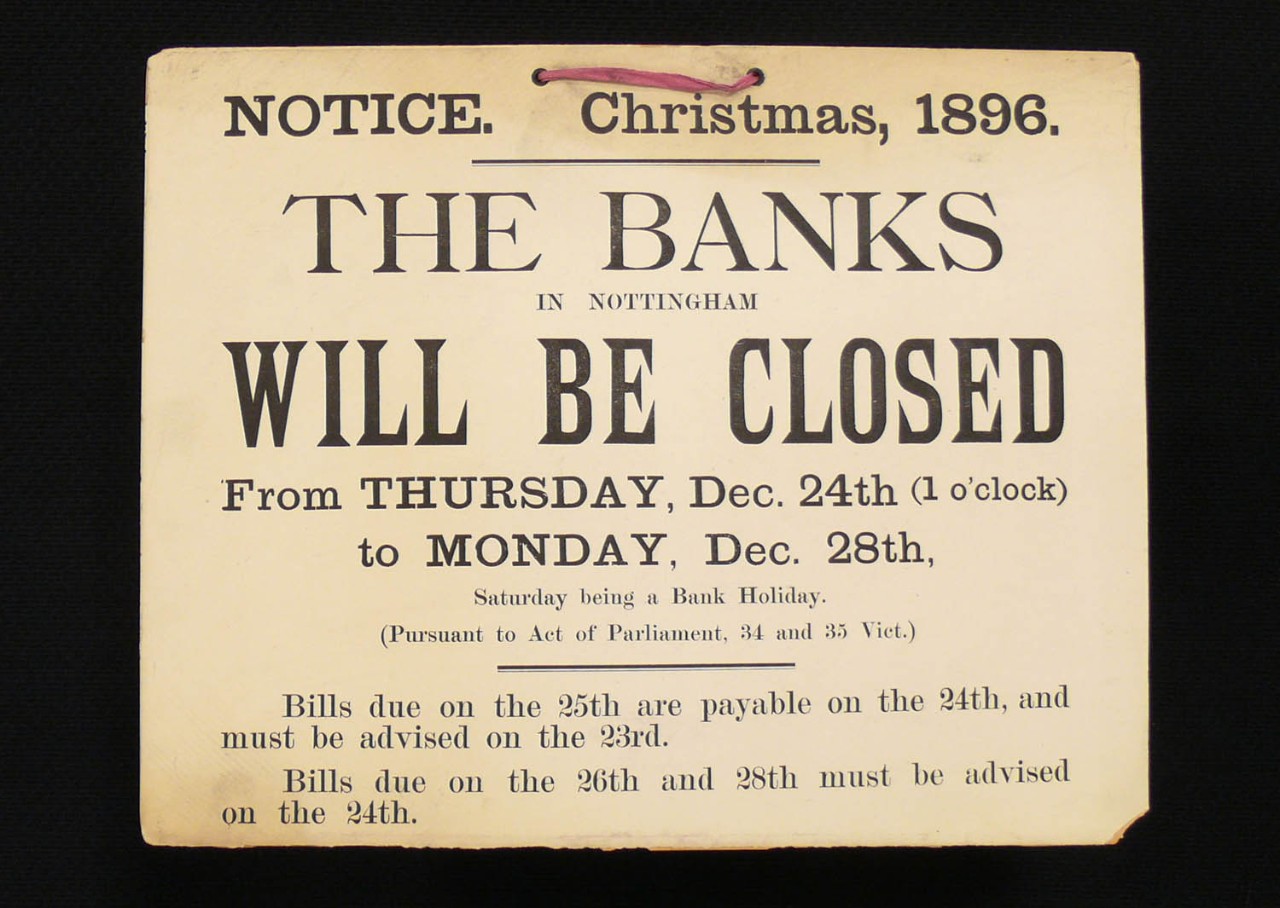 In the week before Christmas 1896 this cardboard notice was displayed in the banking hall of one of our Nottingham branches, publicising the bank's forthcoming Christmas holidays, including Saturday 26 December. Boxing Day was one of four days each year that had been officially designated by the Bank Holidays Act of 1871 as holidays in England, Wales and Ireland. Scotland had its own designated holidays on slightly different days.

These precious days off were named 'Bank Holidays' with the intention of maintaining an air of sobriety; there were fears that calling them 'public holidays' might encourage widespread drunkenness and other wild behaviour. In those early years, however, these holidays were unofficially called 'St Lubbock's Days', after the man who had been responsible for their introduction: the banker, politician and polymath Sir John Lubbock.

Lubbock (1834-1913) was a partner in the London banking firm of Robarts, Lubbock & Co, but he had an enormous range of interests and passions beyond banking. One of them was campaigning to improve the working lives of the least well-off in society. He was acutely aware that the process of industrialisation in Britain in recent decades had broken society's ancient rhythms of work and rest, replacing them with widespread exploitation of workers, long working hours and little or no time off.

In 1870 Lubbock entered parliament in order to champion his political passions. The following year he introduced the Bank Holidays Act which enshrined annual public holidays in law. This Act was to remain the key law governing public holidays in Britain for a century, until it was replaced in the early 1970s.

Lubbock did not stop at bank holidays. Knowing that shop workers worked the longest hours of all, in 1873 he introduced the National Early Closing League's bill to reduce working hours in shops. He went on to champion shop assistants' interests in parliament for three decades. 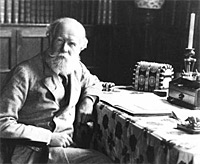 Lubbock's contribution to public life was by no means limited to political campaigning. A true polymath, he was keenly interested in archaeology, biology, botany and ethnography. He was a friend of Charles Darwin, and wrote an important book about insects. He also published the most influential archaeological text book of the Victorian period and even invented the now familiar terms 'Palaeolithic' and 'Neolithic'. In the year he introduced the Bank Holiday bill, he was also busy buying land at Avebury to protect its prehistoric monuments. Later he championed and introduced the Ancient Monuments Act of 1882, which established the importance of protecting and valuing Britain's unique archaeological inheritance.