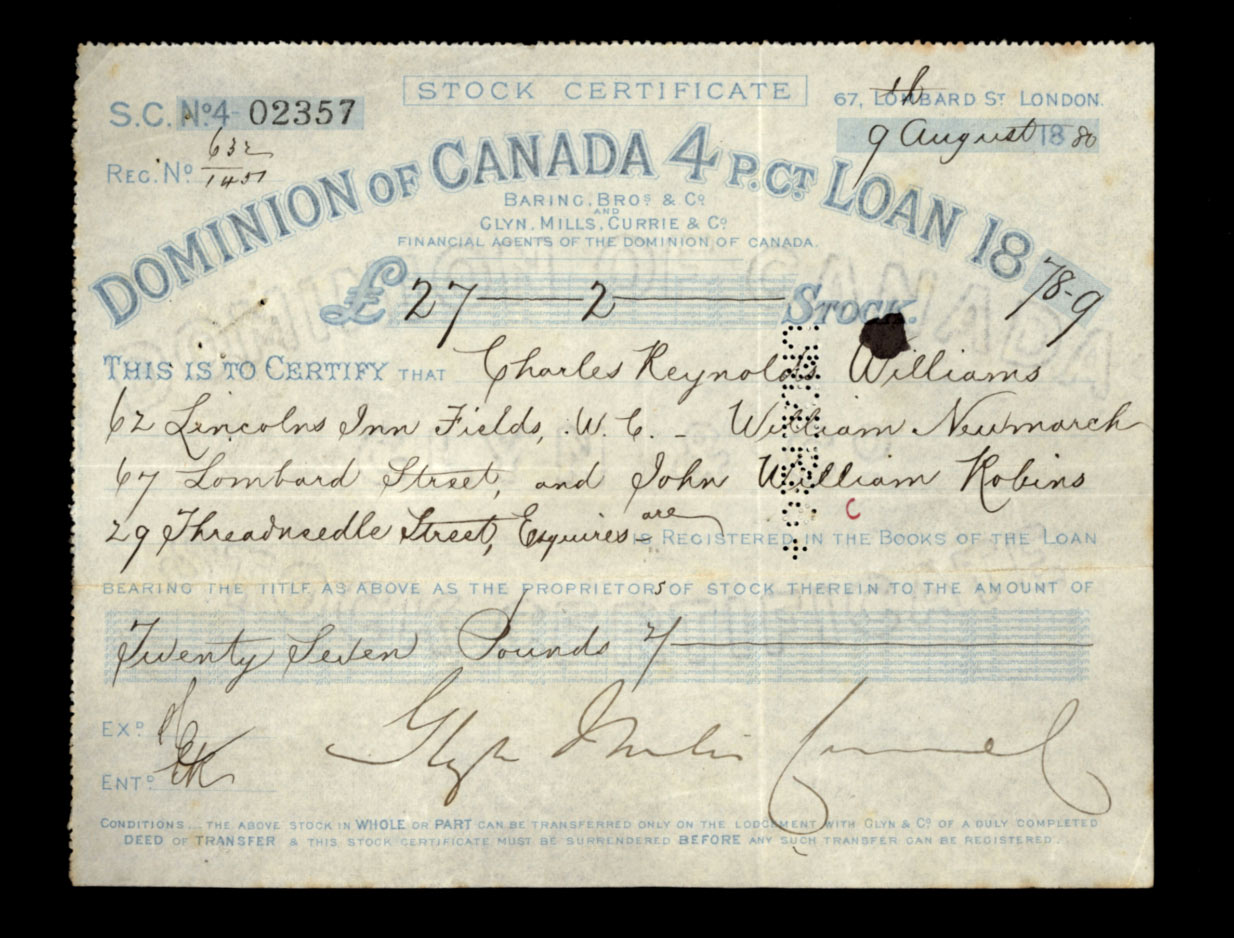 By the mid-19th century London was the financial capital of the world. Its banks had contacts and interests all over the globe, and could put borrowers in touch with willing investors. Sometimes one major investor could be found to support an entrepreneur's idea, but as the projects grew bigger, it became more common for complex loan issues to be organised, where thousands of small investments added together to raise large sums. This loan certificate represents one such investment. It records the relatively small sum of £27 2s invested collectively by three London gentlemen, not in a single business or project, but in the development of a whole country: Canada.

When this loan was launched on the London market at the end of the 1870s, the Dominion of Canada - a self-governing colony of the British Empire - was just emerging from recession. Money was in short supply, but the Canadian government was keen to push forward with important railway-building and other infrastructure projects. The 1878-9 loan was just one in a series of Dominion of Canada loans that were raised during the 1870s, bringing money from across the globe to Canada.

Glyn, Mills, Currie & Co had been joint London agent to the Dominion of Canada (and its predecessor, the Province of Canada) since the 1830s. The government-backed loans it organised appealed to investors because of their comparative safety. The returns were modest - fixed at 4% - but the chances of making a loss were slim.

This was not the full extent of the bank's role in Canada. From 1853 it also served as joint banker to Canada's all-important Grand Trunk Railway. It was obvious to all those interested in Canada's future that a reliable long-distance transport network was indispensible in such a large nation, but a railway-building scheme on this scale called for enormous investment. By 1862 the liabilities of the bank and its directors to the railway stood at over £700,000. In 1873, the board of the Grand Trunk Railway wrote to the bank to express their appreciation of all it had done for them, declaring, 'during several years of vicissitude and depression the company was only preserved from dissolution by the support rendered to it' by its bankers.