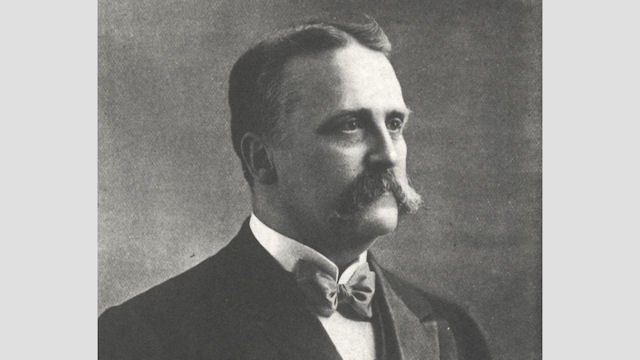 William Fidgeon was born in Staffordshire in 1846.

He joined National Provincial Bank of England in 1863 as a junior at Tamworth branch. He progressed to the position of teller at Tamworth in 1868. His conscientious work was noticed by those in authority and he was transferred to the bank's London head office in March 1873.

His career continued to progress well at head office, and in November 1885 he was appointed assistant general manager. Within a few years, in 1888, he attained the highest position in the bank as one of its joint general managers. The bank continued to be successful under his leadership, growing both organically and by acquisition. By 1900 it had a network of over 200 branches.

Fidgeon joined the Council of the Institute of Bankers in 1897. He earned the respect of his Council colleagues with his authoritative and kindly manner.

After around 40 years in the bank's service and still in post as joint general manager, Fidgeon died suddenly at Eastbourne on 28 February 1903.