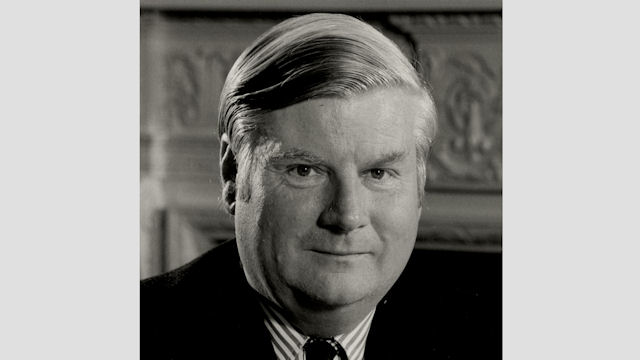 He was educated at Eton and Trinity College, Cambridge.

In 1942, before he had finished his degree, Michael Herries was commissioned into the 5th (Dumfries & Galloway) Battalion of the King's Own Scottish Borderers. He was awarded the Military Cross for his actions at Flushing, Holland, in November 1944. He was promoted to acting major, and later served as a battalion adjutant in the Middle East.

After the end of the war he considered remaining in the army, but instead trained briefly with an Edinburgh accountancy firm before returning to Cambridge to finish his degree.

In 1948 he went to work for the Hong Kong trading house Jardine Matheson in London. The following year he was posted to Hong Kong. He also spent time working in Tokyo and Singapore.

He became a director of Jardine Matheson in 1959 and its taipan (resident chairman and managing director) in 1963. At the end of 1970 he left Hong Kong, returning to Britain to become chairman of the company's London operation. He retired from that post in 1975.

During his years in Hong Kong he served on both the Executive and Legislative Councils. He was the first chairman of the University and Polytechnic Grants Committee, which developed tertiary education in the colony.

Herries was said to have provided the model for the physical appearance of the outgoing taipan in James Clavell's novel Noble House – 'a big slightly ruddy, well-kept Scotsman with a slight paunch and white hair' – and to have been one of two models for Ian Dunross, the novel’s central character.

After returning to Britain Herries wished to become more involved in the life of his native Scotland, and in 1972 he joined the board of the Royal Bank of Scotland. He became its chairman in 1976, and two years later, chairman of the bank’s parent company National & Commercial Banking Group (later renamed the Royal Bank of Scotland Group). He remained in that post until January 1991.

Herries’ period as chairman was eventful for The Royal Bank of Scotland. Major developments during those years included:

Herries made a significant contribution to the bank’s success and survival throughout these events, particularly amid the disruption caused by the two acquisition bids. When he died in 1995 his obituary in the Herald made reference to his importance with the headline ‘Michael Herries: Royal Bank’s Saviour’.

He was involved with numerous local causes and activities in Kirkcudbrightshire, including Enterprise Trust for Nithsdale, Annandale, Eskdale and the Stewartry of Kirkcudbright; Dumfries & Galloway Enterprise; Kirkcudbright & District Pipe Band; and the King's Own Scottish Borderers.

He was chairman of the Scottish Trust for the Physically Disabled and the Scottish Disability Foundation. He was also president of the Royal Highland Show.

He was a member of the Royal Company of Archers, the Queen's bodyguard for Scotland, from 1973. He was appointed a Deputy Lieutenant of the Stewartry of Kirkcudbright in 1983 and Lord Lieutenant on 21 June 1989.

He was married in 1949 to Elizabeth Russell (née Smith). They had two sons and a daughter together.