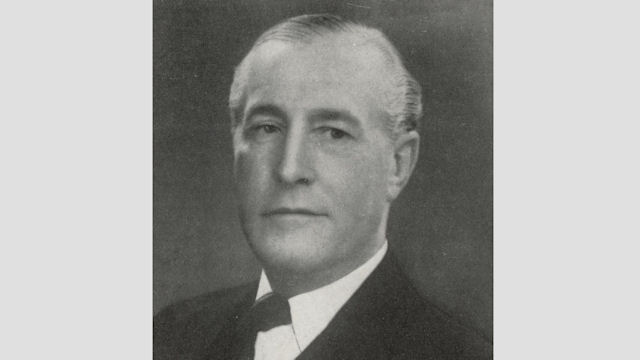 Connop Thirwall Robert Guthrie was born on 6 July 1882. He served as a captain in the Grenadier Guards during the First World War. He was wounded in action, and subsequently went to America where he created and managed the British Ministry of Shipping from 1916 until 1918. In 1918 he was appointed Special Representative of the British Shipping Controller in America.

After the war Guthrie looked to the City for a career. He was a director, with Sir Robert McAlpine, of City General Trust Ltd, promoted in 1919 as a general finance and banking trust. He also appears to have been a director of Prudential Assurance Company.

In 1928 he, in equal partnership with Prudential, bought the entire ordinary share capital of North Central Wagon Ltd, a Rotherham-based hire purchase company which had recently diversified from railway wagon leasing into motor car finance. Guthrie, to whom Prudential loaned his part of the purchase money, became chairman of North Central Wagon Company for over ten years.

Guthrie was also a director of Gerrard Industries Ltd, in which Prudential Assurance had heavily invested and which owned a subsidiary formed to develop colour film making. In 1934 the Hungarian film director Alexander Korda, founder in 1932 of London Film Productions, was seeking funding to develop and protect British film making. It was Prudential, encouraged by Connop Guthrie and Prudential’s secretary Percy Crump, which gave him the financial backing for the development of the colour process and construction of Denham Film Studio. From 1934 Guthrie was appointed to the board of London Film Productions.

During the Second World War Guthrie undertook, at the Prime Minister's invitation, a review of the heavy civil and industrial demands being made on the building industry by the strains of war.

His wartime government duties caused him to resign his executive role at North Central Wagon, instead becoming the company's president.

Other honours bestowed upon him included:

Guthrie died in London on 28 September 1945. A colleague, remembering his wartime service, noted in an appreciation in The Times that 'he never spared himself if he thought any exertion on his part would make for victory'.

His son Giles Connop McEacharn Guthrie succeeded to his title.