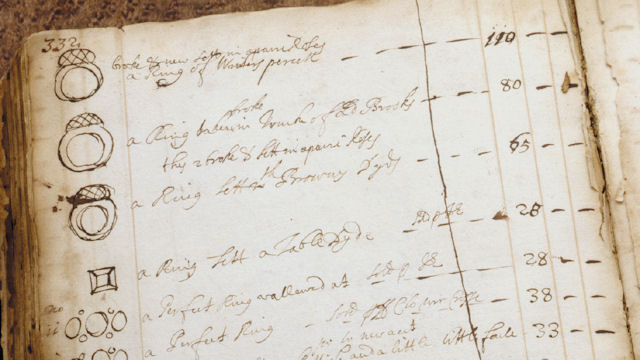 The origins of banking in Britain lie with the goldsmiths of 17th century London. They began branching out from their traditional business to offer their customers very simple banking services. Over time, they invented many of the fundamental tools of finance, such as banknotes and cheques. Among this first generation of goldsmith-bankers was our constituent Child & Co, which traces its origins back to the 1640s.

Outside London, other businessmen and merchants imitated the goldsmiths, and began setting up banks of their own. Thomas Smith of Nottingham is usually credited as the first English provincial banker. His bank grew out of his cloth merchant’s business from the 1650s onwards. After centuries of trading independently, it eventually became what is today known as Nottingham Smiths branch of NatWest.

In Scotland, meanwhile, other business developments were taking place, starting a chain of events that would soon lead to the foundation of the Royal Bank of Scotland. In 1695, a group of investors tried to set up a Scottish trading colony at Darien in Central America. The terrible failure of their venture cost Scotland 2,000 lives and a quarter of her entire liquid wealth. It also became a major contributing factor in Scotland’s acceptance of political union with England to form Great Britain in 1707.