The outbreak of coronavirus disease 2019 (COVID-19) and associated public health measures to contain the disease severely disrupted business activity across all areas of the UK in March, latest NatWest Regional PMI® data showed. There were widespread job losses as firms scaled back operations amid efforts to realign capacity with demand and reduce costs. 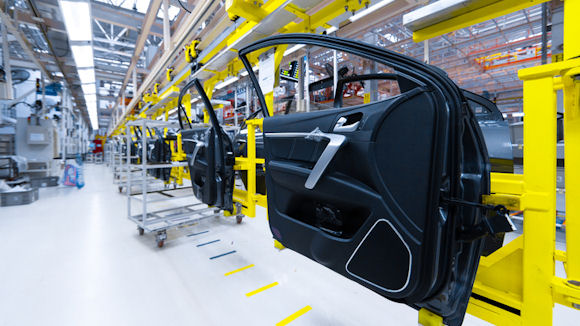 The steepest decline in output in March was recorded in Northern Ireland*, where the Business Activity Index slumped to a record-low of 29.1. The PMI Business Activity Index is the first fact-based indicator of regional economic health published each month, tracking the monthly change in the output of goods and services across the private sector. A reading below 50 signals contraction, and the further below the 50 level the faster the decline signalled.

Scotland (29.7) and London (31.5) also saw record decreases in output in March, with the capital registering the largest ever month-on-month drop in the Business Activity Index.
The shallowest declines were registered in Yorkshire & Humber (41.2), the North West (40.7) and East of England (40.7), though even here the rates of contraction were the fastest since at least February 2009.

Demand
Containment measures, lower market confidence and business closures all contributed to a broad-based drop in demand for goods and services in March. As was the case with output, firms in Northern Ireland recorded the steepest decline in new business, followed by their counterparts in Scotland. The slowest rate of contraction was in the North East, where demand has been in continuous decline throughout most of the past year.

Capacity
All 12 regions monitored by the survey recorded a decrease in employment in March as firms scaled back staffing capacity in line with lower workplace activity and a drop in outstanding business. Scotland and the West Midlands saw the deepest cuts to payroll numbers, while the North West, North East and East of England saw relatively modest job losses during the month.

Prices
There was a decrease in output charges in seven of the 12 monitored regions, which was the most since October 2015. The steepest decline was seen in Scotland, where prices were discounted to the greatest extent in the series history (since 1999). The East Midlands, East of England, North West and Yorkshire & Humber saw further, albeit much slower increases, while in Wales charges were unchanged.
Northern Ireland topped the rankings for input price inflation in March, as has been the case in seven of the past eight months. However, here and in all other areas, costs rose at a slower rate than in the previous survey period, linked to generally lower commodity prices (including oil). Firms in Scotland and Yorkshire & Humber recorded the slowest increases in operating expenses, the weakest for at least four years.

Outlook
March saw a broad-based reduction in business confidence. In seven of the 12 monitored regions, sentiment remained positive overall. This included Wales, which saw the smallest drop in expectations and the highest overall optimism (albeit a 14-month low). Expectations turned negative in Northern Ireland, London, Scotland, the North East and North West, dropping to a record low in each case.

“The COVID-19 pandemic and resulting lockdown caused widespread disruption to business activity across the UK in March, with all regions seeing output of goods and services fall to the greatest extent since at least the global financial crisis of 2008/9. For some places, such as services-dominated London, and Scotland with its high concentration of hotels and restaurants and other consumer-facing services, the collapse in demand and activity has been on an unprecedented scale. Northern Ireland – where the survey data also cover retail and construction, alongside manufacturing and services - was another of the worst-affected areas, with high streets shut and face-to-face services grinding to a halt.

“The severity of the situation is underlined by a broad-based fall in employment and a drop in prices charged for goods and services in most regions. With business confidence towards future output down sharply and hitting a record low in almost all areas, firms up and down the UK are expecting disruption to continue for many months to come.”