Just half of UK regions saw an increase in business activity again in July, according to the latest NatWest UK Regional PMI® survey, with the same picture also observed for employment and inflows of new business. 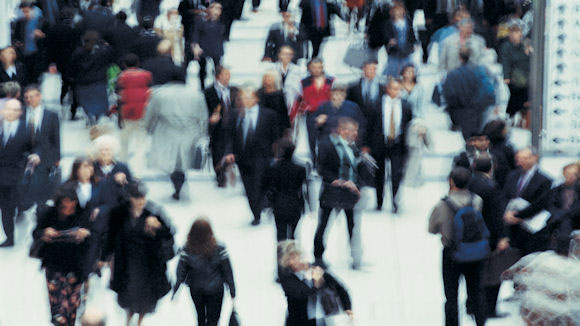 Wales and London were the two fastest-growing areas for business activity during the month. The Wales Business Activity Index climbed to a five-month high of 53.2, while London recorded a reading of 52.8 – its best since September last year. Despite these improvements, however, the figures remained lower than their respective long-run averages.

The East of England (51.6) and Yorkshire & Humber (51.0) both saw further modest increases in private sector output in July, while there was negligible growth in the North West and Scotland (both 50.2).

The six UK areas that saw a decrease in business activity in June all remained in contraction in July. The worst performer was again Northern Ireland (45.0). However, here, as well as in the East Midlands (48.5), North East (48.8) and West Midlands (49.7), the rate of decline slowed. Output again fell marginally in the South East (49.7), with only the South West (48.6) slipping deeper into contraction.

London topped the regional rankings for new business growth in July, with firms in the capital seeing a notable upswing in demand. Yorkshire & Humber and Wales were ranked second and third having also seen faster increases in new orders. By far the steepest drop in new work was in Northern Ireland, while more modest decreases were recorded in the South East, North West, North East, South West and East Midlands.

Yorkshire & Humber led job creation for the second month running in July, ahead of London. These were the only two regions where employment rose at a faster rate, with slower growth seen in the East of England, North West, West Midlands and South East. The steepest falls in staff numbers were recorded in the East Midlands and Northern Ireland respectively, while there were also modest job cuts in Wales and the South West.

Capacity pressures remained strongest in London, where outstanding business rose for the third straight month, albeit only marginally. Wales was the only other area to record an increase in backlogs. At the other end of the scale, firms in Northern Ireland saw the steepest decrease in work-in-hand for the third time in four months, with the rate of decline remaining among the quickest over the past six-and-a-half years.

The East Midlands regained the top position in the rankings for output price inflation in July, pushing the East of England back down to second. The South West, Northern Ireland and Wales occupied the next three places, and all saw faster increases in charges for goods and services. Slower rates of inflation were recorded in all remaining areas (bar London), the weakest being in the North East (a 32-month low).

In a complete reversal of the situation one year ago, the steepest rise in input prices in July was recorded by firms in London, and the weakest by those in the North East. For the former, the rate of cost inflation accelerated to the quickest for almost two years, while in the case of the latter it was at a 37-month low. Cost pressures also remained elevated in Northern Ireland, where firms commented on increased wages and the weak pound.

Firms in Yorkshire & Humber were the most optimistic about future output for the fourth month in a row in July, despite confidence in the region easing to the weakest since April. Making up the top four were the West Midlands, Wales and North West, which all saw notable improvements in sentiment. Expectations were lowest in Northern Ireland, where the number of firms expecting output to rise was broadly equal to those predicting a fall.

Sebastian Burnside, NatWest Chief Economist, commented: “The latest PMI business surveys showed that the UK remained a country somewhat divided in terms of regional economic performance in July, with just half of areas seeing a rise in output of goods and services, and the rest remaining stuck in contraction. The mixed regional picture also applies to new orders and jobs, with the number of areas recording rising employment slipping back down to just six (out of 12) from nine in both May and June.

“Two of the brightest spots are Wales and London. Wales has placed in the top three for business activity growth in each month of 2019 so far, with its acceleration in July helping cement its position at the top of the rankings. Firms in the capital are making up for a slow start to the year, as pent up demand feeds through to growing inflows of new business.

“At the other end of the spectrum, the downturn in business activity in Northern Ireland has extended into the second half of the year, as Brexit uncertainty continues to weigh on both domestic and export demand.”