Wales was the top-performing area for business activity growth in June, according to the latest NatWest UK Regional PMI® survey, bucking a broader deterioration in economic performance across the UK as a whole. Yorkshire & Humber was meanwhile the main bright spot for jobs, partly reflecting relatively strong business confidence in the region. 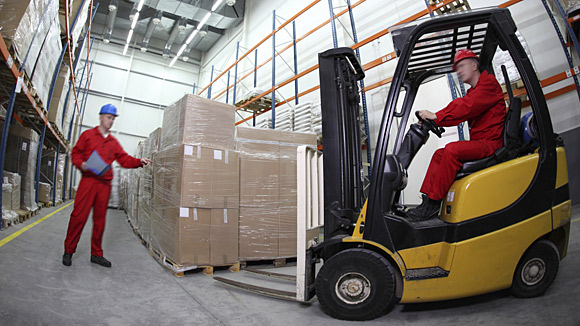 The Wales Business Activity Index read 51.5 in June. This was up slightly from 51.2 in May and compared favourably with a UK-wide figure of 49.7, but still indicated only a modest rate of growth overall. The North West, the region with the strongest average growth in 2019 so far, was ranked second with a reading of 51.4.

The East of England and Scotland were ranked joint-third (both 51.3). Growth was also recorded in Yorkshire & Humber (51.2) and London (50.8), but rates of expansion eased in both cases.

Scotland recorded only its second rise in new business in the past seven months in June, but nonetheless led growth ahead of May's top-performer, Yorkshire & Humber. The only other regions where order books increased were the East of England, Wales and London. In all remaining areas, there were sustained downturns in order books. Northern Ireland saw the steepest fall – its most marked in seven years.

Employment rose in nine of the 12 UK areas in June. The fastest rate of job creation was recorded in Yorkshire & Humber, where workforce numbers posted the largest increase for ten months. There was also solid and accelerated growth in payroll numbers in the East of England, London and the North West. Employment meanwhile fell in Northern Ireland, the North East and East Midlands, albeit only modestly.

For the second month running, London was the only region where backlogs rose, albeit with June's increase again being only modest. The decrease in outstanding seen in Yorkshire & Humber was negligible, but in all remaining areas the rates of decline were moderate to marked. The steepest overall reduction in work-in-hand was recorded in the North East, followed by Northern Ireland.

The East of England saw the steepest rise in prices charged, and was one of only two UK areas (together with Northern Ireland) where the rate of inflation ticked up in June. The East Midlands was ranked second overall despite seeing a much slower increase than in May. London saw the smallest overall rise in charges, followed by the North East, with the latter posting the most marked slowdown in inflation.

Businesses in Northern Ireland faced the steepest overall cost pressures during June, as has been the case in three of the past four months. Scotland, which topped the rankings for input price inflation in May, slipped to second position, ahead of London. At the other end of the scale, the smallest rise in average input prices was seen in the North East, while the West Midlands recorded the sharpest slowdown in cost inflation.

As has been the case in each of the past three months, the strongest optimism towards future output was among firms in Yorkshire & Humber, where the degree of confidence stayed close to May's seven-month high. Ranked second and third respectively were the South East and London, the only regions where expectations improved from the previous survey period. Only firms in Northern Ireland were downbeat about the outlook.

Sebastian Burnside, NatWest Chief Economist, commented: “The latest PMI surveys showed that the UK ended the second quarter in contraction, though it’s encouraging to see that some regions have managed to keep their heads above water. Businesses in Wales and the North West have shown the greatest resilience to the broader economic downturn, though even here growth is running at only a modest pace.

“At the other end of the scale, the weight of Brexit uncertainty has cause Northern Ireland to sink deeper into contraction, while the troubles in the car industry look to be hitting the North East and Midlands particularly hard.

“There was better news on the employment front in June, as rates of job creation picked up in the majority of regions, led by strong workforce growth in Yorkshire & Humber.”