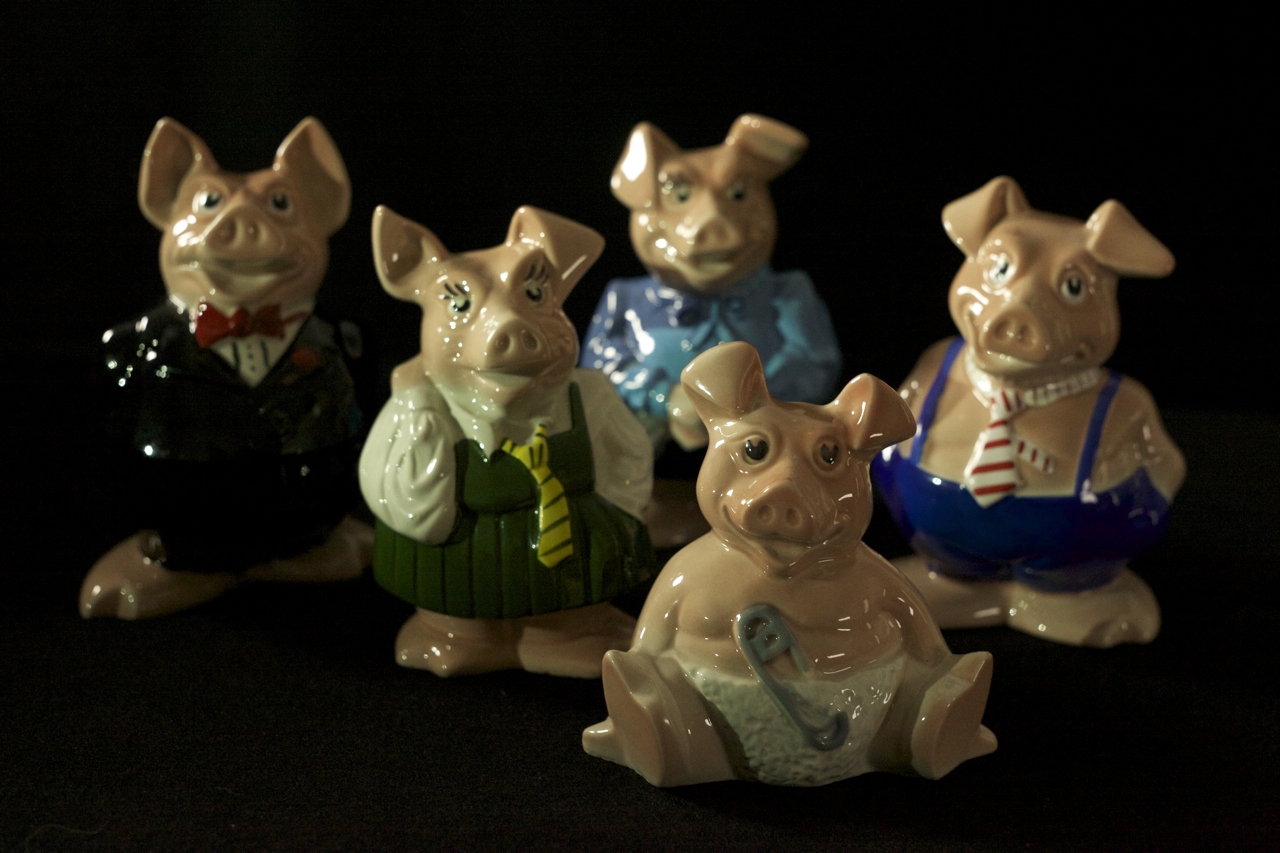 The original family of NatWest Piggy Banks launched on December 5, 1983

Launched on December 5, 1983, as part of the NatWest Piggy Account, baby Woody and his family of ceramic chums were an instant hit with young savers with more than one million piggy banks issued in the first two years.

It was one of the first high street bank accounts in the UK aimed solely at children, encouraging them to save by offering a range of piggy banks to collect. Children received their first ceramic pig, Woody, when opening an account with £3 and as their savings grew, they received the other members of his piggy bank family.

If a child managed to save £25 they would get Woody's sister Annabel, while a £50 savings pot would get them big brother Maxwell. When the next landmark of £75 was reached Lady Hilary would join their collection and those kids that hit £100 would get their hands on Sir Nathaniel.

For a generation of children born in the late seventies and eighties the NatWest Piggy Banks evoke nostalgic memories of their childhoods. 1,500 accounts were opened on the first day alone and over five million made by the time NatWest launched a new savings account for children in 1989 called the World Savers. Now an auction collectable, a full collection of the piggy bank family can fetch over £350.

Ruth Reed, Head of Archives at NatWest, said: “When the account was first launched the pigs proved so popular that even the bank was caught by surprise by the level of demand.

“We have an original set of the pigs in the bank’s archives and it’s always a delight to see the reaction they get, particularly from people who remember them from their own childhoods. They played an important role in helping a generation of young people learn the importance of saving and it’s wonderful that so many of them still have their piggy banks all these years on.”

Helping children understand money and the importance of saving is still an important part of NatWest’s work and since 2015 its free financial education programme MoneySense has reached over 1.5m young people.