Royal Bank of Scotland takes a detailed look at the consumer behaviours in Scotland’s technology landscape. 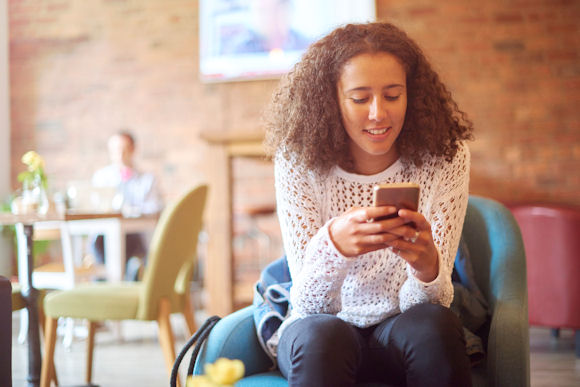 The new study from Royal Bank of Scotland, Scotland’s Tech Future Report, looks at how Scots perceive new technologies and their attitudes toward innovation in our ‘always-on’ society.

Whilst Scots are a nation of tuned-in tech fans with more than two-thirds (68%) believing that technology makes life run more smoothly and 60% excited by instant access to information, more than half (54%) of the nation are scared of their personal information falling into the wrong hands. This increases to 66% for those aged 55+.

Key findings from the report include:

•60% of people are excited by instant access to information, speed and efficiency of new technology (47%) and how modern tech innovations can save them time (45%)

•More than half (54%) of Scots are scared of personal information falling into the wrong hands, and that new technology will lead us to losing our social skills (40%)

•When quizzed on their tech knowledge, 71% of Scots said that they have at least a fair knowledge of the Internet of Things (objects that can send or receive data), 63% understand Artificial Intelligence, only 38% indicate knowledge of cryptocurrency and 25% understand Blockchain

Although Scots have made apps part of their daily life, 40% are scared that new technology will lead to us losing our social skills, and less than a third believe that too many aspects of life rely on technology.

In a world where new technological advances are being made every day, the findings revealed the inventions which have made the biggest difference to daily life; with a third (32%) saying instant messaging has had the biggest impact, followed by personal banking apps (29%) and smart home appliances such as smart thermostats or smart TV (8%).

Despite worries that Scots are losing their social skills due to apps, just 6% of 16-24-year-olds say that dating apps like Tinder and Bumble have made the biggest difference to their daily life. For those aged 65+, over a quarter (26%) said instant messaging has changed their life, proving that no matter what age, staying connected is important.

Louise Smith, Head of Digitisation, Personal and Business Banking at Royal Bank of Scotland commented on the report:

“The findings from Scotland’s Tech Future Report revealed that we are a nation of forward-thinking explorers with a keen eye for the latest trends, and while there is definitely enthusiasm for digital and tech, there are still apprehensions when it comes to keeping personal data safe.

“Our role at the Royal Bank is to consistently evolve to provide banking solutions which help our customers feel safe and to support businesses meeting their ambitions.

“Scotland is currently riding the crest of a technological wave so we must continue to foster these attributes by ensuring our customers are equipped with what they need to help them feel safe and secure.”