Royal Bank of Scotland’s ‘flying banker’ Anne Rendall has been honoured by the pilots who have flown her through Scotland’s skies for over 11,000 miles during her 30 year career. 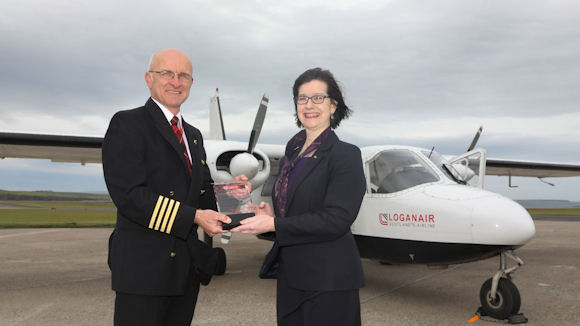 During a ceremony at Kirkwall Airport after Anne Rendall’s daily commute, Loganair pilot Colin McAllister, who has been flying Anne for over 15 years, presented her with a specially engraved glass bowl award commemorating her many flights on board an eight-seater plane which links Orkney’s islands.

Each week, Anne travels between Scotland’s chain of coastal islands. On a Monday Anne heads to Longhope on South Walls via ferry, flies from Kirkwall Airport to Stronsay on Tuesday, Westray on Wednesday and Sanday on Thursday before finishing off the week on the Orkney mainland in Stromness. She also visits Papa Westray and North Ronaldsay once a month.

On each island she serves around 40 to 50 customers, from crofters to fishermen to those serving the tourist industry by running B&Bs.

Anne is the second Royal Bank of Scotland flying banker. The service was launched in 1969 by Mary Muir, who did the job for almost 20 years until Anne took over in 1988.

Other stops across the Inter-Isle network include Eday, Stronsay, Sanday and North Ronaldsay, plus the airport of origin, Kirkwall.

Anne said: “I’ve thoroughly enjoyed the last 30 years hopping across the islands. Every day is different and the views on my daily commute never get old. I regularly meet tourists on-board who are quite surprised that I get to experience the journey every week.”

Loganair pilot Colin McAllister, who presented Anne with the bowl, said: “It’s been a pleasure to fly Anne to work each week and I’d like to congratulate her on 30 years as Orkney’s Flying Banker – she’s definitely one of our most loyal customers and feels like part of the team.” 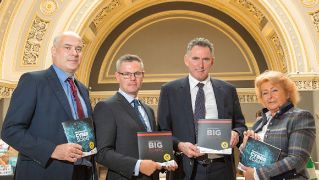 CEO Ross McEwan was joined this week by Cabinet Secretary Derek Mackay MSP and Chief Superintendent John McKenzie to look at ways of fighting fraud and scams in Scotland. 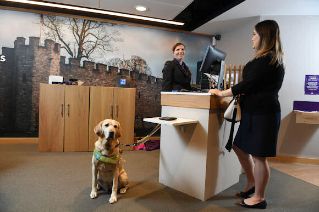 A woman who lost her sight when she was a teenager is believed to be the UK’s first blind personal banker.