The economic data is hinting at an impact from trade tensions. But it’s very modest, so far at least.

Trade tensions. Any signs they’re impacting the economy? Some, but they’re modest so far. Global trade growth has been slowing, but other factors are at play, namely cooler economic growth in the euro area. Businesses in the US are reporting higher prices for some goods that have had tariffs slapped on them. But it’s small beer. Higher staff salaries (tightening labour market) and fuel bills are raising costs for businesses. China’s economy is slowing. Tariffs biting? Not necessarily. The authorities are reining in credit again. As before, that hurts growth. But what if things got really bad? A 25% tariff on everything imported in every country could wipe between 2 and 3% from global GDP, about two thirds of a year’s growth.

U.S.A, U.S.A, U.S.A. Beat that. US GDP grew at a stunning 4.1% annualised rate in Q2, the strongest 3 months of expansion since 2014. There were tell-tale signs of Trump’s policies in the data, with consumer spending on durable goods rising 9%, probably boosted by the tax cuts. But other policies also looked to be having an effect. The rush to get US-made products out of the country before another round of tariffs are imposed caused goods exports to leap 13%. That boosted headline GDP growth by 1% all on its own but we’ll have to wait to see how much is reversed in subsequent quarters.

House that! Affordability for first-time house buyers dropped in 78% of Great Britain’s local authorities in 2017 vs 2016, courtesy of surging house prices in 94% of these areas. Prospective buyers need more money than ever before to become house owners. No where is that more true than in London where first time buyers are shelling out 13 times their earnings on property! Is there an umpire to appeal to? First-timers haven’t given up though. 2017 saw the highest number of first-time buyer mortgages in over a decade, helped by falling interest rates for high LTV loans.

Gini in the bottle. The latest data on household income distribution, after taking into account the effects of benefits and taxes for 2016/17 financial year, shows that the tax and benefit system significantly reduces inequality in the UK. Before taxes and benefits the average income of the richest fifth of households was 12 times greater than that of the poorest fifth (S20/S80 ratio). After taking into account benefits (including in-kind) and taxes (including indirect) the ratio reduced to 3.7 times. One striking observation is how stable various measures of income inequality are over time. There was hardly any change in Gini coefficient and S20/S80 ratio since early 1990’s.Inequality continues to be a powerful rallying cry but on these measures at least it isn’t getting any worse.

Positive reversal. The downward trend in net Foreign Direct Investment (FDI) earnings reversed in 2017 for the first time since 2011. Better profitability of investments helped increase FDI income and resulted in the current account deficit being narrowest since 2012. The outward M&A activities also increased significantly as compared to the inward activities which dominated previously. Those looking for a Brexit impact will point to a 16% reduction in inward FDI from the EU, but that was balanced by a 33% increase from North America. No matter where it comes from we still see that businesses receiving FDI are more productive than their peers.

Optimistic. The European Central Bank held rates steady last week and stuck with its plan to conclude its quantitative easing programme by the end of the year. While acknowledging the recovery was past its peak, ECB President Draghi struck a reasonably upbeat tone over the growth outlook, characterising the region as “proceeding along a solid and broad-based growth path”. GDP data out this week will be a good test of that.

Fear makes the world go slow. Eurozone Markit composite PMI dropped to 54.3 in July, compared to 54.9 last month and weaker than expectations of 54.8. New order inflows reduced and future expectations of business activity slowed down to a 20-month low, suggesting the worst is not over yet. For some, it was a confirmation that rebound in June was temporary. For some others, it was a reflection of uncertainties stemming from global trade environment and Brexit. Future course of action depends on whether domestic demand would be able to make up for the impact of looming trade war.

Holiday. A look at tourism isn’t just timely. The flow of travellers and making them comfortable adds around £65bn-£70bn to UK GDP. Of course, we do our bit elsewhere, enjoying 72.8m overseas visits in 2017, up 3%, while spending £44.8bn, up 2%. So we’re travelling more but spending slightly less each time. Travelling is trade by another name. And we’re doing well. A record 40m overseas residents opted to admire our fine food and transport efficiency in 2017, up 4%y/y, with spending up 9%. So, more visitors, spending more. Welcome! 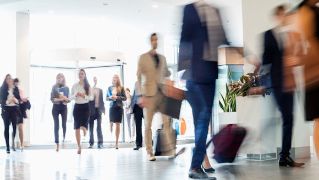 The labour market continues to strengthen but wage growth refuses to escape its sluggish trajectory. 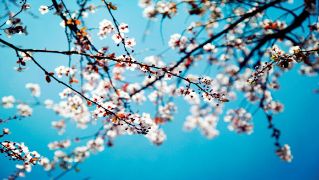