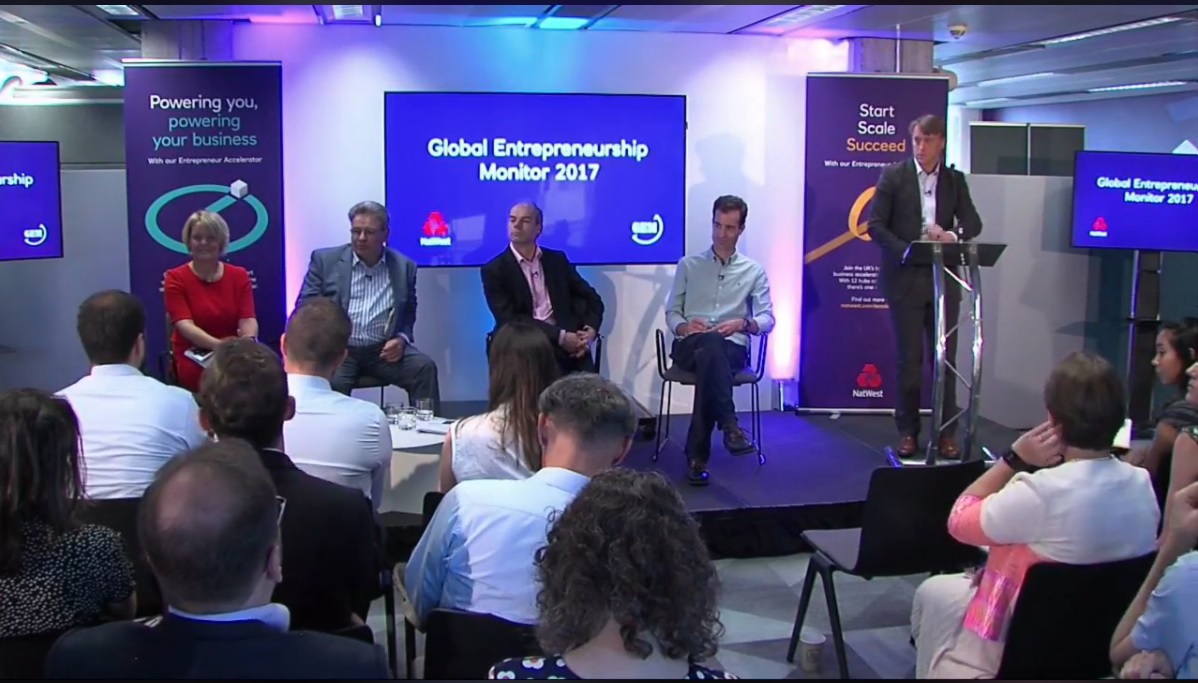 New research from Aston University in Birmingham, which uses data from the Global Entrepreneurship Monitor (GEM), sponsored by NatWest , shows that people from ethnic minority and immigrant backgrounds are twice as likely as their white British counterparts to be early-stage entrepreneurs.

Other highlights emerged from the study also show that women, people from ethnic minority communities and migrants are more likely to be motivated by creating ‘meaning’ – rather than just making money – when starting a business than white British men.

The GEM report was launched today at the NatWest London Entrepreneur Accelerator and with a speech from NatWest’s CEO of Commercial & Private Banking Alison Rose.

The GEM report’s key measure of Total early-stage Entrepreneurial Activity (TEA) tracks the proportion of people who are ‘nascent entrepreneurs’ at the early stages of setting up a business, as well as new business owners who have been running their firm for between three months and three-and-a-half years.

Since the financial crisis, the proportion of people from ethnic minorities and migrants starting their own firms has risen sharply, at the same time as more modest increases among white people and life-long residents.

A similar increase can be observed among immigrants to the UK, both white and non-white. In 2017, 12.9% were early-stage entrepreneurs, compared to 8.2% among the UK-born population as a whole [all ethnicities].

For both ethnic minority groups and migrants, this difference with the white and UK-born populations has widened substantially since 2008.

Two-thirds (66%) of women said they started a business to contribute to society, while just two-fifths of men (39%) had the same motivation. There was also a 20 percentage-point gap in the share of men and women who were motivated to start a business to help others in need (38% compared to 58%).

“We’ve seen a big rise in people deciding to start their own business since the financial crisis. This is particularly pronounced among UK-born people from ethnic minorities and immigrants to the UK – both of these groups are now nearly twice as likely to be early-stage entrepreneurs as white British people.

“So what this tells us is that minorities and immigrants are making a big contribution to the prosperity of the UK, growing new firms and creating jobs in our communities. Often, they’re setting up their businesses with the express aim of having a social impact beyond simply making money.

“These findings are particularly relevant as the UK heads towards Brexit. We need to ensure we remain an attractive place for enterprising immigrants, who make a big contribution to our economic dynamism as a nation.”

“This year’s Global Entrepreneurship Monitor highlights the different motivations that entrepreneurs have for starting their own business. While making money and working for yourself will always be important, making a difference to society and ‘creating meaning’ are as important, if not more, among a number of demographics, particularly women, ethnic minorities and younger people.

“Entrepreneurs are the lifeblood of the UK economy and it’s incumbent upon all of us to create an environment in which entrepreneurs can flourish. By understanding the motivations of the individual, we can tailor the support we provide, ensuring it meets the specific needs of the entrepreneur and their business.”

The GEM UK report is produced annually, coordinated by Professor Mark Hart of Aston Business School in Birmingham, Professor Jonathan Levie of the University of Strathclyde Business School and Dr Karen Bonner at Queen’s University Belfast. In the UK in 2017, 12,646 adults aged 18 to 80 participated in the GEM survey.