After having rebounded in May, June saw a renewed slowdown in the rate of business activity growth in the Welsh private sector. 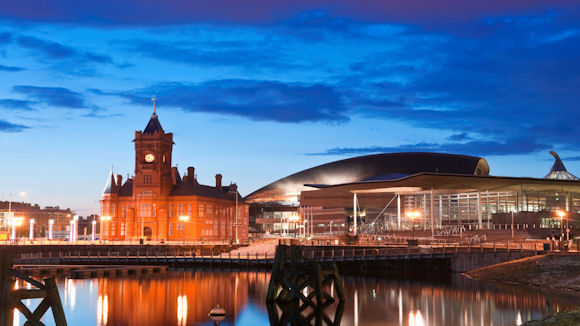 Business activity at private sector firms in Wales continued to rise in June, according to the NatWest PMI®, thereby extending the current period of expansion to almost two years. That said, after having rebounded from April's 21-month low in May, a renewed slowdown in the rate of growth was evident in June. The moderation was accompanied by a weaker rise in new business and a downturn in employment. Meanwhile, business confidence hit a ten-month low. On the price front, input cost inflation intensified, which fed through to a sharper rise in average charges.

The headline Wales Business Activity Index – a seasonally adjusted index that measures the combined output of the manufacturing and service sectors – posted 52.0 in June, down from 55.3 in May. The expansion was the slowest in the current 23-month period of growth. Diverging trends were evident by sector, with an increase at manufacturers contrasting with a decline at service providers.

The amount of new orders placed with private sector firms in Wales rose at the end of the second quarter, thereby continuing a trend that has been observed since August 2016. That said, the rate of growth was the weakest in this sequence and slight overall. Nonetheless, the increase remained broad-based across both the manufacturing and service sectors.

In comparison to other UK regions, the Welsh private sector was the second-worst performer on this metric, ahead of only the North East.

Amid a sharp moderation in the rate of new business growth, Welsh private sector companies cut their payroll numbers during June for the first time since February 2016. Furthermore, the rate of decline was the sharpest since September 2012. Wales was the only monitored UK region to register a decline in staffing numbers at the end of the second quarter.

Business outstanding dropped at a quicker pace in June, as the effect of weaker new order growth outstripped the drop in operating capacity. The latest round of backlog depletion was the seventh in as many months. Wales was the second-worst performing region on this front – better than the North East.
Input costs continued to rise at a sharp pace in June. Moreover, the rate of inflation accelerated from May, amid reports of higher raw material costs. The increase was broad-based by sector and led by service providers.

Faced with a sharper rise in input costs, firms operating in the Welsh private sector raised their charges at a faster rate during June.

Finally, firms maintained a positive degree of business confidence at the end of the second quarter amid expectations of increased market share. 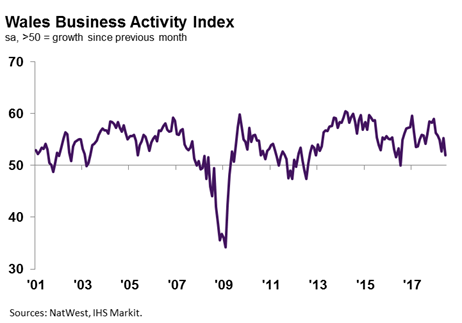 “After having rebounded in May, June saw a renewed slowdown in the rate of business activity growth in the Welsh private sector. The latest moderation was driven by a sharp deceleration in the rate of new business growth, which in turn encouraged firms to cut staffing numbers for the first time since February 2016.

“A further strong and accelerated decline in the amount of business outstanding provides further cause for concern going forward, as does the drop in business confidence.”