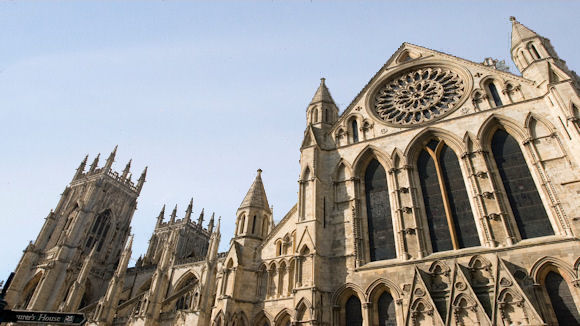 Business activity in Yorkshire and Humber continued to grow faster than the national rate in May, according to the latest NatWest Markit PMI report. Companies in the region reported rising demand for goods and services, with the improvement in business conditions feeding through to an increase in private sector employment. However, local businesses continued to contend with strong cost pressures, which resulted in prices charged for goods and services being raised to protect margins.

The headline NatWest Yorkshire and Humber Business Activity Index – a seasonally adjusted index that measures month-on-month changes in the combined output of the region’s manufacturing and service sectors – stayed at 55.0 in May, unchanged from its reading in April. The rate of business activity growth signalled by the index was slightly quicker than seen across the UK as a whole (54.5), continuing the trend seen throughout the year so far.

Business activity levels rose across both the manufacturing and service sectors, with the former recording the slightly stronger growth performance.

Driving the expansion in business activity in the region was stronger demand for goods and services. May saw inflows of new work rise for the twenty-second successive month, albeit at a slightly slower rate than in April.

On the labour market front, May's survey data showed a pick-up in the rate of job creation in Yorkshire & Humber to the quickest seen since January. The increase in employment was steeper than that seen across the UK as a whole, though the pace of employment growth remained well below the highs in 2017.

This extra staffing capacity enabled businesses to make progress on their backlogs of work, which fell in May for only the second time since July 2016.

Average prices charged by businesses operating in Yorkshire & Humber increased in May. The rate of inflation was at a three-month low but still strong in the context of the historical trend. A steep rise in factory gate prices compared with a more modest increase in prices charged by services firms.

Behind the rise in selling prices was a steep increase in firms' input costs. Survey respondents reported higher prices paid for raw materials and fuel, as well as ongoing salary pressures.

Yorkshire and Humber continued to top the regional rankings for business confidence in May. That was despite the level of optimism towards the outlook for activity having waned to the lowest in six months. 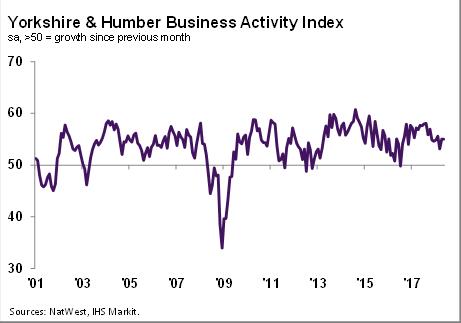 Richard Topliss, Chair of NatWest North’s Regional Board, said: “Businesses operating in Yorkshire and Humber maintained a growth advantage over the rest of the UK in May. The latest PMI report showed the region’s private sector output rising at a sustained solid rate, underpinned by growing demand for goods and services.  What is more, the upturn continued to translate into new jobs, as local firms took on additional staff to ensure they have the capability to meet current and future demand.

“Despite faltering slightly, the survey’s measure of business confidence – which looks at firms’ expectations for activity in the year ahead – remained at a level indicative of strong optimism, thereby adding to the positive dataflow.

“The main cause for concern was the presence of sustained strong cost pressures facing businesses, linked partly to the rising cost of fuel, raw materials and labour. Firms were able to shift some of the burden of higher costs onto customers via higher selling prices; however such a strategy can lead to a loss of competitiveness the longer it goes on.”