The Royal Bank of Scotland Group plc (“RBSG”, and together with its subsidiaries, "RBS Group") announced on 22 March 2018 that its proposed Ring-Fencing Transfer Scheme (the "Scheme") under Part VII of the Financial Services and Markets Act 2000 had been sanctioned by the Court of Session in Scotland (the "March RNS"). RBS Group is pleased to announce that, effective today, the Scheme has been implemented. 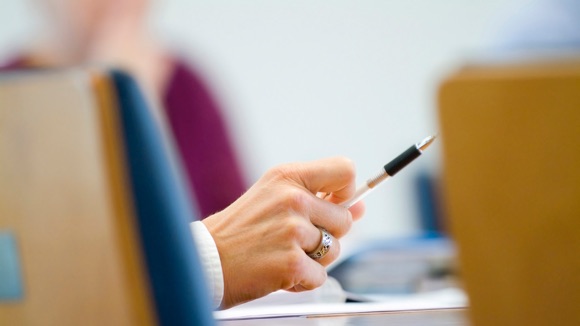 A separate announcement was made on Friday 27 April regarding the associated Directorship changes.

Save as set out in this announcement with respect to the Covered Bonds and the Covered Bond Programme, the Scheme will not affect any change of issuer under any outstanding, externally-issued debt instruments.

In May 2018, RBS Group intends to commence, in the Court of Session in Scotland (the “Court”), a second RFTS to transfer certain customer derivatives from NatWest Bank to NatWest Markets Plc (former RBS plc). If approved by the Court that second RFTS is expected to be implemented in August 2018.

The current credit ratings of the RBS Group entities can be found on the Credit ratings section of the RBS Group investor website. https://investors.rbs.com/fixed-income-investors/credit-ratings.aspx
For more details of the additional restructuring steps and end-state ring fencing business model for the RBS Group please refer to the 2017 RBSG Annual Report and Accounts, including pages 109-110.


Forward Looking Statements
This announcement contains forward-looking statements within the meaning of the United States Private Securities Litigation Reform Act of 1995, including (but not limited to) those related to RBS and its subsidiaries' regulatory capital position, and requirements, financial position, future pension funding and contribution requirements, on-going litigation and regulatory investigations, profitability and financial performance (including financial performance targets), structural reform and the implementation of the UK ring-fencing regime, the implementation of RBS's restructuring and transformation programme, risk-weighted assets, impairment losses and credit exposures under certain specified scenarios, increasing competition from new incumbents and disruptive technologies and RBS's exposure to political risks, operational risk, conduct risk, cyber and IT risk and credit rating risk. In addition, forward-looking statements may include, without limitation, the words "intend", "expect", "anticipate", "target", "plan", "believe", "risk", "estimate", "project", "commit", "should", "could", "probability", "Value-at-Risk (VaR)", "goal", "objective", "may", "endeavour", "outlook", "optimistic", "prospects" and similar expressions or variations on these expressions. These statements concern or may affect future matters, such as RBS's future economic results, business plans and current strategies. Forward-looking statements are subject to a number of risks and uncertainties that might cause actual results and performance to differ materially from any expected future results or performance expressed or implied by the forward-looking statements. Factors that could cause or contribute to differences in current expectations include, but are not limited to, legislative, political, fiscal and regulatory developments, accounting standards, competitive conditions, technological developments, interest and exchange rate fluctuations and general economic conditions. These and other factors, risks and uncertainties that may impact any forward-looking statement or RBS's actual results are discussed in RBS's UK 2017 Annual Report and Accounts (ARA) and other materials filed with, or furnished to, the US Securities and Exchange Commission, including, but not limited to, RBS's most recent Annual Report on Form 20-F and Reports on Form 6-K. The forward-looking statements contained in this announcement speak only as of the date of this announcement and RBS does not assume or undertake any obligation or responsibility to update any of the forward-looking statements contained in this announcement, whether as a result of new information, future events or otherwise, except to the extent legally required.