More for less. Here’s a cause for celebration. The UK has notched up two quarters on the spin of decent productivity growth. Output per hour rose 0.8% in Q4 last year, following a 0.9% expansion in the previous quarter. It means the second half of 2017 marked the best period for productivity growth since the downturn. We did it through raising output, but doing so with less hours (they fell 0.3% on the quarter). It doesn’t change the fact that our productivity performance has been awful. But it gives hope that it doesn’t need to remain that way.

Still healthy. The job market remains in good shape. Employment rose again: by 90,000 in the three months to December and by 320,000 over the year. The employment rate is just a whisker below its record high. Unemployment edged up by 50,000 on the quarter but at 4.4% the rate is close to its lowest level in more than 40 years. This largely good news looks set to continue as job vacancies reached a new high of more than 800,000. Fewer than two unemployed people are chasing each vacancy, a record low.

Turning? If jobs are plentiful pay is still a problem. Earnings growth averaged 2.5%y/y in the three months to December. With prices rising faster, our spending power continued to fall with real wages down 0.3%. But are things about to change? Comparing December 2017 with 12 months earlier, wages were up 2.8%. Don’t take that one reading as a sign that stronger wage growth is on the way but a few more months at that rate, underpinned by continuing job growth and, with falling inflation, spending power will start to rise.

Slipping. UK economic growth in Q4 was slower that first thought, expanding by 0.4% and not 0.5%. So UK GDP is now estimated to have grown by 1.7% in 2017. Brexit related almost definitely. And yet that causal path is indirect. For example, business investment, though flat on the quarter, actually had a solid year, rising 2.2%. The Brexit effect comes via weaker sterling increasing inflation and squeezing consumption. Household spending rose by just 1.8% in 2017, the smallest rise since 2012. It’s the opposite effect for manufacturers of course. They’ve had a bumper year, with output up a stonking 1.3% in Q4, following a 1.4% lift in Q3.

Back the future. Remember how the UK’s previous Chancellor made deficit reduction his totemic priority? Remember how the current one seemed remarkably relaxed that under his projections the deficit get below 2% of GDP until 2021? Well it looks like the facts are about to make a mockery of all these forecasts yet again. Another strong set of tax receipts in January, driven by lots of income from the self employed, means Government borrowing might be as little as £40bn this year. The OBR will deliver its official forecast in two weeks time in Phillip Hammond’s Spring Statement. If confirmed, it will give the Chancellor a lot more tax and spending options than he’d have hoped for, the question is whether he’ll use it.

An education. A net balance of a quarter of a million souls moved to the UK in the year to September. That’s down from an average of c.310,000 in the peak years of 2014 & 2015 but around the decadal average. Net migration from the EU is slowing, dropping below 100,000 for the first time since 2013, but still a net inflow, just smaller. Rising EU nationals leaving the UK is the primary factor. This is offset a little by an increase in the number of East Asian nationals, mainly from China, opting to come here. Their reason is principally to study. Education remains a strong UK sector and key export market.

Impressive. The Eurozone’s growth rate may have lost some of its fizz in February but the economy is still firing on all cylinders. The provisional or flash PMI slipped to a 3-month low but the single currency area remains on course for its best quarter in twelve years. Growth remains broad-based by sector and country. Despite a strong currency, manufacturing is enjoying one of its strongest periods in the survey’s 20-year history. The PMI suggests that Eurozone GDP will accelerate from 0.6% q/q in Q4 to 0.9% q/q for Q1. The outlook for the year ahead remains positive with firms’ optimism hitting a new peak which is translating into strong job gains.

Make the Fed hike again? The US economy is growing at its fastest rate since Donald Trump became president. A marked acceleration in the service sector propelled the flash composite PMI to 55.9 in February, up from 53.8 the previous month. This marked the fastest rate of growth since November 2015. According to IHS Markit this raises the annualised pace of GDP growth from 2.0% to 3.0%. New orders are flooding into both manufacturing and service sector firms. This bodes well for the year ahead with US firms’ optimism at a 33-month high. Against this backdrop firms are hiring at a rapid clip. Intensifying inflationary pressures, which are at multi-year highs for both manufacturing and services, remains the one negative. 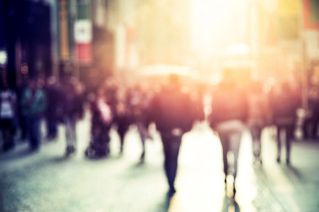 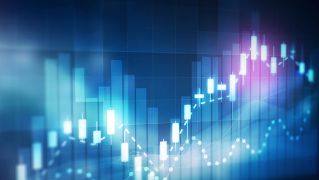