After the sobering downgrade to our prospects for productivity growth comes the scramble for solutions. The new industrial strategy, if fulfilled, is a good place to start. 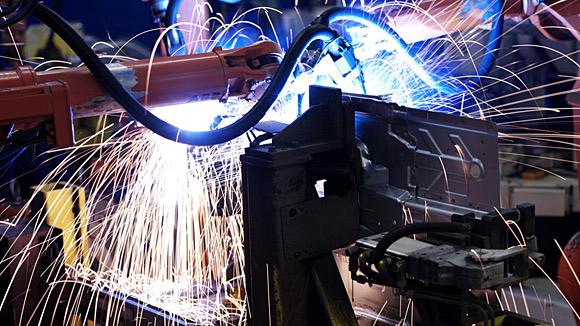 Thinking ahead. If Britain's productivity matched the world's best we'd be £10,000 a year better off on average. The new industrial strategy aims to win this prize with a welcome commitment to long-term action. It's mostly conventional, focusing on investment in people, physical assets and innovation. What's new is an emphasis on spreading growth to all parts of the country. There's also a focus on a small number of sectors like artificial intelligence. That's a concern. We shouldn't mind where growth comes from other, perhaps, than noting that a little growth from major industries like retail, health, education and business services can go a long way.

Risky business... It is often said that we live in uncertain times, but just how uncertain? The Bank of England’s financial stability report concluded that the risk environment of the UK economy was merely standard. Is this a sign of complacency? The FPC doesn’t think so. It points to pockets of higher risk, like the impact of Brexit and the rapid growth of consumer lending, but doesn’t yet think they’re enough to tip the scales. Still, precautions are being taken. The Bank of England now simulates the impact of a financial crisis every year to test the financial sector…

…but slightly less stressful. This year’s stress test involved a 4.7% fall in GDP, house prices down by a third and unemployment almost doubling. Whilst not all banks passed, none were required to take any extra actions, a marked improvement on the previous three years of results. But again there wasn’t any room for complacency. The Bank of England pointed out that the combination of a disorderly Brexit and global recession would cause even bigger losses and make banks more likely to restrict lending. More work still to do then.

Top gear. Manufacturing represents a silver lining to the darkening economic cloud as outlined in the OBR’s recent forecasts. Output, new orders and employment all saw their rates of expansion quicken last month with manufacturing activity hitting a 51-month high (58.2). Inflationary pressures also accelerated although firms are increasingly passing these costs onto customers. Of particular note is the surge in demand for investment goods, such as plant and machinery. New orders growth in this area rose at its sharpest rate in over twenty-three years with strong demand from the US and Europe.

Still rising. With London’s housing market wobbling the question is now whether other regions are experiencing similar weakness. The Nationwide house price index so far suggests not. The annual pace of house price growth stayed at 2.5% in November, down from the 4.4% seen a year ago, but not spectacularly so. Southern regions will also get a little boost from the Budget’s stamp duty changes. Until now 98% of first time buyers in the South East paid stamp duty, but by lifting the first-time buyer threshold to £300k that proportion will fall to 35%. That’ll save an average £3,000. Purveyors of home furnishings rejoice.

Put off. Since the Brexit referendum net migration (the difference those coming to the UK and those leaving) has been on the wane. Indeed, the fall of 106k between the year to June 2016 and the year to June 2017 is the largest recorded. But the 230k total net migration figure is only the lowest since 2013 and only marginally below the 248k average of the past decade. And the inflow of migrants with a definite job is unmoved at around 190k. A sea change it is not. But the referendum seems to have put off some. Those migrating and “looking for work” has fallen by almost half to around 75k.

Despite everything. While it’s now customary to begin, ‘despite Brexit’, Britain’s foreign investment position looks in decent shape. Net flows to the UK rose from £25 billon in 2015 to £146bn in 2016, largely due to few high value acquisitions. Good news, as foreign owned firms tend to be more productive. Our foreign investments also rose, although the net position remains negative because of poor overseas returns. The reverse is not true. So, ahem, despite Brexit, it seems the UK remains a good place to invest.

Still low. In the good old days, central bankers got up in the morning with one aim: hit the inflation target. In the US that’s 2% but only once in nearly seven years has the Fed’s preferred measure breached that figure. In October prices rose by just 1.6% and core inflation, which strips out the effects of often-volatile items, was 1.4%. It might seem strange, then, that the Fed will continue on its interest rate hiking path but there are increasing signs in the details of the data that prices will be rising by around 2% by the middle of 2018.