"Global growth remains strong." That was key judgement number one underpinning the Bank of England's forecast in the most recent Inflation Report. The Eurozone has been at the heart of the improvement to the global economy over the past 12 months and, in turn, that's been supportive to the UK. Can it all continue? 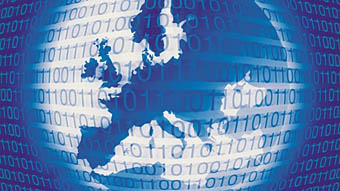 Very encouraging. The Eurozone economy began the final quarter of the year in fine fettle. The composite Purchasing Managers’ Index stood at 56.0 in October, down a touch from September but among the highest scores in more than six years. Employment growth was the fastest in over a decade. Strong inflows of new business mean that growth should continue and that capacity is being stretched. Cost pressures rose but there is no inflation “problem” and the European Central Bank will welcome the prospect of quicker growth and higher prices.

Shop until Eurozone drop. September’s robust retail sales figure were also good news for the Eurozone. Sales volumes rose 3.7%y/y, a figure only bettered once in the past decade, in the middle of 2015. And at 4% the pace of growth in Germany has rarely been better in the past 20 years. France and Italy are also all enjoying relative High Street booms. Growth has been cooling in Spain but it remains punchy. The only major EU member state where sales are growing below their average pace of the past ten years is the UK.

Ticking along nicely. The production side of the UK economy has long been the laggard with growth underperforming its services counterpart. Not at the moment. Output from UK producers was up 1.1% in the three months to September. Manufacturing drove the bulk of the growth, although there was a helpful contribution from oil and gas output, too. New car sales might be suffering in the UK but we’re still making plenty of them as the manufacturing of transport equipment was one of the best performing subsectors. Rising growth from US and EU markets should help that growth continue.

Downing tools. The construction sector shrank in Q2 and we now know it fell again in Q3. The 0.9% reduction for the three months to September means output is now 2.5% below the level it reached at the start of 2017. The fall was broad based with both new work and repair activities shrinking. The one bright spot was housebuilding where both public and private activity is stronger than it was 12 months ago, 5.4% stronger for private builds. In the meantime infrastructure spend was exactly the same as it was last year. Perhaps the upcoming Budget will change that?

Unchanged. In June 2016, the UK ran a trade deficit of £10.5bn. 15 months after the vote to leave the EU and it stands at £10.5bn. But that masks some changes since then. Thanks to sterling’s decline and a robust recovery in the Eurozone exports improved markedly through to the Spring. But they’ve had a more difficult few months. Exports to the EU are still growing but that’s been more than offset by falls to outside the EU. And imports have continued to rise, hence the lack of progress on the deficit. There’s better news on the services side. Our trade surplus in this category continues to rise.

Confused. Average house prices rose by a strong 2.3%q/q in the three months to October, according to Halifax. The annual rate was 4.5%, well ahead of pay growth. Looking ahead, however, the picture may be changing. The regular RICS poll of surveyors found that prices are flat and that they are rising in some places while falling in others. Until recently, price falls had been concentrated in London and the South East but East Anglia and North East are now both reporting declines.

An education. Non-financial firms generated £1.2 trillion of value for the UK economy in 2016, an annual rise of 3.9%. Turnover was up by a more modest 2.3%. Employment costs by a hefty 6.9%. So while individual wage growth is lacklustre, a larger share of national income is shifting to wages. Enforced communitarianism perhaps, with more of us enjoying cake? Despite its recent rest, the long march of service sector domination continues. Even excluding finance, services account for over half (56%) of value creation and turnover rose by 38% between 2009 and 2016. Education saw the fastest rise. No wonder vice-chancellors are making headlines.

All for one. Consumption changes with circumstance. Poorer, older households spend proportionally more on essentials like food and housing, richer, younger ones on recreation. Yet rich or poor, young or old, a parent or a free-wheeler, different households increasingly share a similar rate of inflation. For while the exchange rate affects the monthly food bill, it also affects travel and fuel costs, which disproportionately hit the rich. Here, uniformity may help firms and central banks – decisions are simpler if everyone’s in the same boat.