RBS has been rated Gold by the Business Disability Forum (BDF), the UK’s leading corporate benchmark which measures progress towards becoming a disability-smart organisation. Hear from RBS CFO Ewen Stevenson on his own experience of being diagnosed with hearing loss, and what he's doing to raise disability awareness at RBS. 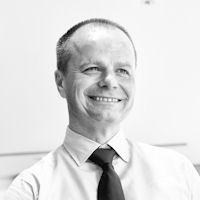 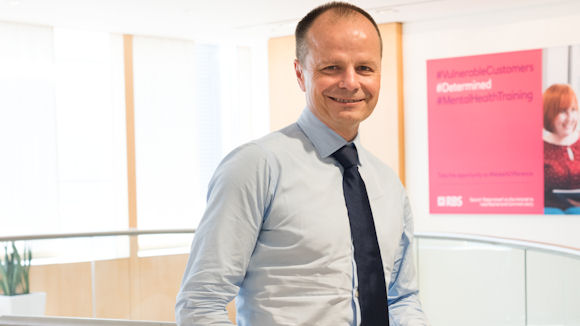 I have a hereditary condition affecting the middle ear bones. One in three people who carry the gene have hearing loss triggered at some point, although it’s unknown why. About ten years ago, when I was 40, I went for a medical and a test confirmed that the hearing in my right ear was poor. So I had an operation called a stapedectomy, where they take out the middle ear bone and put a plastic amplifier in its place. It worked fantastically in my right ear and, five years later, they did the same on my left. But during that procedure, they accidentally perforated the eardrum. By the time they figured it out a few days later, too much inner ear fluid had leaked out, so I’m now permanently deaf in that ear.

“At first I was genuinely unclear as to whether I
could go back and do my job anymore.”

It’s a surreal experience when you suddenly go deaf; the whole body over-compensates, as it tries to figure out what’s going on. When I woke up from the operation, I had blurred vision and I literally couldn’t walk in a straight line anymore – my balance had gone. I had to have rigorous, specialist balance training for about a year – I still do the exercises now.

At first I was genuinely unclear as to whether I could go back and do my job anymore. The company I was with at the time was very supportive and told me to take the time off I needed to figure it out. I was such a mess physically, that I was no longer sure what I’d be capable of doing. I’ve become a lot more self-aware, I think, as a result – and certainly a lot more empathetic towards disability in general.

Hearing aids have helped – the one on my deaf side wirelessly transfers sound across to the side I can hear on. Most of the time it works fine but there are a few practical issues – I can’t triangulate sound, for instance. So, if I’m at the roadside, I can’t tell which direction the traffic sound is coming from.

But the biggest practical difficulty is sitting in a room with lots of loud, ambient noise; my deaf side simply shuts down. In some social situations, it’s very limiting. There are times when you think you may as well not be there because you genuinely can’t hear. I have to be strategic as to where I sit at a table, and I find, unless you tell the person next to you that you have hearing loss, you can run the risk of appearing rude if you miss something.

The more it’s talked about, the more comfortable other people become talking about it.

I think, in general, people are reticent to admit to having hearing loss. But if there’s one thing I’ve taken from all this, it’s that if you’re happy to talk to people about hearing loss, then they’re very happy to accommodate you. The more it’s talked about, the more comfortable other people become talking about it, too – and it helps the bank to know what issues we’re trying to solve.

Trying to get an organisation to be ‘disability smart’ is a huge undertaking. When I first joined RBS, there were good, well-intentioned efforts going on but no defined goals or objectives. I became Executive Sponsor for Disability – and started talking about my own disability. It gives me credibility in the role: no one questions the fact that I’m passionately committed to improving the organisation in this way.

It’s a process that’s both internal, for employees, and external, for customers. We looked for the best, external framework to use and found it with the Business Disability Forum Standard. This benchmark measures disability performance in the workplace. We set up ten work-streams across ten categories and we check, every quarter, the progress of improvement. In just a few years we’ve improved significantly. It’s good progress but our goal is to make sure the processes we’ve developed become embedded as part of ‘business as usual’.

We’re lucky that, as a big organisation of over 70,000, we can afford to have a team of people who are dedicated to the inclusion agenda. Disability accessibility has got to be built in at a very early stage, especially when you’re designing new products and new services.

For instance, when we refresh one of our branches we need to make sure, as part of that, that someone’s thinking about disability needs. We don’t want to do up a branch and then find out afterwards that it’s not accessible to everyone. So we’ve introduced what we call a ‘disability speed bump’ into all the core processes of the bank – making people stop and ask ‘is this being done in a way that’s accessible?’

Digitally, our mobile banking app was the first in the UK to be approved by RNIB as accessible and with customers increasingly choosing to bank on the go, it was vital that we got this right.

Within the organisation, people don’t necessarily want to come forward and say ‘I’m struggling with work’ – even though there’s a lot of help we, as an employer, can provide. But unless they come and talk to us, it’s hard to address the issue. We do ask our colleagues, in a confidential survey, ‘do you have a disability?’ and about 4% would say they do. And, typically, it is not uncommon for us and other organisations to see lower engagement scores for people who do have a disability.

There is genuine recognition from people who’ve worked here for a while that, compared to two or three years ago, we’ve moved on substantially. Employees with a disability can see the real efforts we’ve made to improve their lives and provide the adjustments needed to do their jobs to the best of their ability.

All of the work at RBS to progress and improve disability performance is supported by an active disability employee led network, Enable. They promote awareness of disability and celebrate the diversity it brings, to create a better bank for colleagues, customers and communities.

If someone says, ‘I’ve got this issue…’, then you can begin to deal with it.

My advice to anyone with a hearing loss who’s worried about raising it at work is, simply, be open about it. People are, basically, good people. If someone says, ‘I’ve got this issue…’, then you can begin to deal with it. But if you’re not open, you risk being misjudged and you won’t get any adjustment to the work process you might need to enable you to do your job as effectively. Being open needs to be a constant mantra– until we’re all open, we can’t help and we can’t be there for others.

Ulster Bank ‘signs on’ with new service for deaf customers 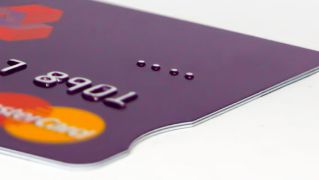 The new credit cards are the first to be accredited by Royal National Institute of Blind People (RNIB).