Productivity growth – the UK’s Achilles heel – strikes again. The downgrade by the OBR in the UK’s ability to generate productivity improvements in the coming years was striking. With our prospects diminished it left the Chancellor with little room for big giveaways. But at least first-time buyers will rejoice. 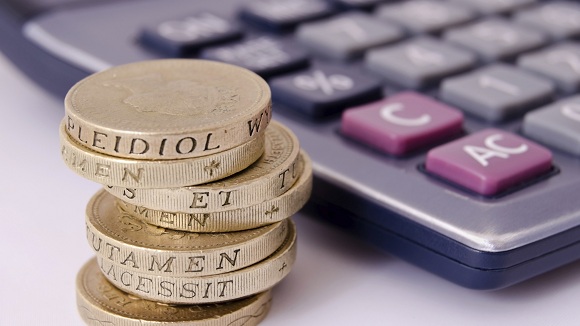 Ouch. The Office for Budget Responsibility (OBR) handed the Chancellor a problem. It downgraded the UK’s growth prospects. And that’s with a healthier outlook for the labour market. The problem is a familiar one – productivity. The OBR walloped its forecast for growth in this crucial area. An average annual productivity growth figure to 2021 of 1.7% has been downgraded to below 1%.

A downgrade to growth was expected but the GDP growth figures leaves the OBR more pessimistic than the consensus view and the Bank of England. And quite worryingly for the UK it’s in contrast to improved fortunes for the global economy and an upgrade to the Euro Area’s prospects. Indeed, according to the OBR it will be 2022 until we are outpacing the single-currency area. All sobering stuff. And it hung over the entire Budget, limiting the Chancellor’s room for manoeuvre.

Setback. Growth downgrades mean weaker public finances. Deficit reduction has been pushed out again. Even by the end of financial year to 2021/22 the budget deficit will be above 1% of GDP. The government will be borrowing around £30bn in that year. Back in March it thought it would be around £17bn.

Stamp of approval. The cries for action to address the UK’s housing crisis have been deafening. The Chancellor’s ‘rabbit out of the hat’ was music to the ears of first-time buyers – from today they won’t pay stamp duty for properties up to £300k. It also applies to the first £300k of the purchase price of properties up to £500k. It will apply in England, Wales and Northern Ireland, but not Scotland unless it decides to do likewise.

That will support demand, but what about supply? The big hope was hard cash to get spades into the ground. New funding was announced, but it was more tweaks. £44bn is to be committed over the next five years – a combination of capital funding, loans and guarantees to support the housing market and raise the financial incentives to build. The target is 300k new homes per year (housing completions totalled just 153k in the year to June 2017). But even at that level it’s not expected to do much to prices. Further intervention will very likely be required in the coming years.

Other measures were announced, including an intention to legislate to introduce a 100% council tax premium on empty properties. There will also be a review of the gap between planning permissions being granted and housebuilding commencing (the former significantly exceeds the latter). It will report at the 2018 Spring economic statement.

The key, the secret. Like the housing crisis, solving poor productivity isn’t easy. But improving education, infrastructure and funnelling money into technology and R&D are good places to start. To that end the Chancellor announced a £40m teacher training fund for underperforming schools and a boost to the recruitment of computer science teachers. £1.7bn will go towards improving transport in English cities. Meanwhile £500m will be channelled into 5G mobile networks, full fibre broadband and Artificial Intelligence and the roll out of electric and driverless vehicles will be helped along.

Stocking fillers. The business VAT threshold was held at £85k (a reduction was rumoured). But the switch to CPI from the RPI on business rates was brought forward two years to 2018, amounting to a small cut. After a difficult few years there was some good news for the oil & gas industry with tax changes to help spur investment. Fuel duty was frozen again and so too duty on beer, wine and spirits. Christmas is looking up! And New Year cheer for those aged 26-30 as they look forward to one-third off their rail fares from next Spring.