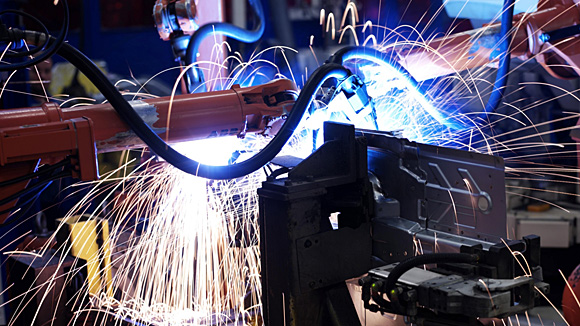 Revving up. British industry made a good start to Q3 as output rose by 0.2% in July. Manufacturers shrugged off higher import prices and expanded their production by 0.5%. The new car market might be slowing, with registrations down 6%y/y, but no one’s informed the production line. Vehicle manufacture was one of the fastest growing sub-sectors, with output up 7.6%. With over three quarters of UK built cars destined for export this says more about demand abroad than at home.

Lagging. While manufacturing seemed to be on an upswing other sectors dragged their heels in August. Growth in services slipped to its slowest pace for almost a year. Firms reported “solid rises” in business activity but the PMI was down 0.6 to 53.2. Reports of rising input costs and capacity constraints are not an ideal combination. Growth was weaker still in construction with the PMI declining to 51.1. Businesses said that new orders from commercial customers had fallen, reflecting reduced investment.

Four-in-a-row. Construction output fell by 0.9% m/m in July, the fourth consecutive monthly decline. Over the 3-months to July output decreased by 1.2% on the previous three-months. Private sector house building fell by almost 4% m/m following June’s record high. New work across all types of activity has been contracting in recent months. Indeed Q2’s decline in new orders (-7.8% q/q) represented the weakest quarterly growth rate since early 2014. The PMI posted falls in new work in July and August, too. Don’t expect construction to provide a major boost to UK GDP anytime soon.

So solid. Some of the best news for Britain’s economy is coming from beyond our shores and especially from the eurozone. GDP there grew by 0.6% in Q2, putting our 0.3% firmly in the shade. And there’s more to come. While the PMI slipped 0.1 points in August, the 55.7 reading suggests continuing decent growth in Q3. With new business flows still strong there’s every reason to expect this decent run to continue, all of which will be welcome news for many UK exporters.

Still waiting. Another month, another trade deficit seemingly unmoved by sterling’s depreciation. Let’s start with exports. They grew by about £0.9bn, mainly driven by an expansion of services exports. Imports grew too, by £1.3bn, mainly driven by more goods coming into the country. Consequently our trade surplus in services got bigger, but so did our trade deficit in goods. The MPC still expects exports to pick up some of the slack left behind from slowing consumer spending, this data shows they’ll have to be patient.

Heigh ho. The UK has an ageing population partly offset by an ageing workforce. Over the past two decades, the average age of exit from the workforce has increased by 1.9 years for men, to 65.1 and by 2.8 years for women, to 63.6. A rise in the State Pension age for women from 60 to 65 plays an important part. But there are other factors too. The largest increase is by women aged 55 to 59. Back in 1997 half of this age group worked. Now seven in ten do. Working longer is already something most of us have got used to.

Taper time. The European Central Bank kept policy unchanged last week but indicated that it will take the “bulk of decisions” on tapering its quantitative easing (QE) programme next month. QE unwinding is expected to commence in January 2018. But President Draghi underlined that interest rates will remain low long after. The rising euro (up 14% against the dollar this year) is causing concern. It’s undermining export competitiveness and, through lower import costs, making the quest to meet the Bank’s inflation target more difficult. Exiting crisis-era monetary policy will be a very long road.

Summer growin’. After decent news on US manufacturing the news on the far more significant services sector was as good if not better. Both the ISM and PMI services surveys for August point to a solid pace of growth. New orders are rolling in at the fastest pace since January 2015 and firms are keen to continue hiring. All in all the combined manufacturing and services reading pointed to the fastest rate of expansion in the economy since January.

Buying time. In a surprise agreement that crossed the political divide, US President Trump and Congress agreed a deal to raise the country’s debt ceiling (a self-imposed debt limit). Investors had become a little unnerved, demanding a greater return on debt maturing in early October when the government’s ability to pay all its obligations was expected to expire. It’s a short-term solution, which will keep the government funded only until December. But at least the bipartisan agreement extends to developing a plan that would do away with recurring bouts of debt ceiling brinkmanship. 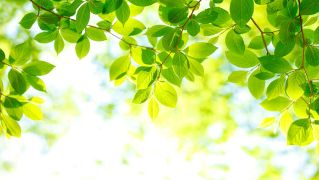 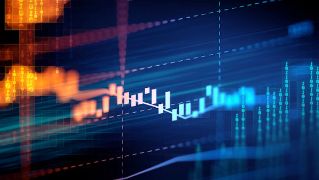