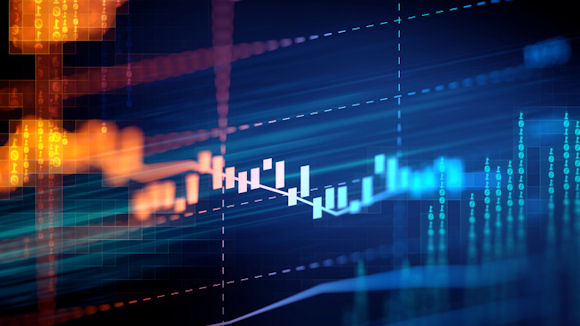 Lost. Last week marked the tenth anniversary of what is widely considered to be the beginning of the financial crisis. It was so long ago the first iPhone hadn’t even been released in the UK (it came later in 2007). But if time is a healer, it’s a slow worker. Rock-bottom interest rates, exceptionally weak productivity growth and stagnant living standards for working households can all be partly attributed to the crisis (there are other, more structural reasons). For many it’s been a lost decade. And the ripple effects are reaching ballot boxes. So oddly, the consequences may have only just begun.

With much to be modest about. Industrial production increased by 0.5% in June, its fastest rise of the year. Manufacturing, which accounts for 70% of production, was flat on the month. Growth came from two related sectors. Oil and gas production was up 5.0%m/m and mining and quarrying, which includes many support services to the oil industry, grew by 4.1%. Production levels can be pretty volatile from month-to-month. Over a longer horizon, industrial production was 0.3% higher than a year ago, with manufacturing up 0.6%. All pretty modest stuff.

Profits first. The pound has depreciated by almost 20% since late 2015. Its effect on inflation is well known: weaker sterling has contributed to a 10% rise in import costs in the last year. Contrary to the theory of these things, export prices have also risen by 10% in sterling terms. That suggests exporters are taking the benefit of a lower pound in the form of higher profit margins more than in increased volumes. It likely also highlights the fact that many exporters are also importers and they, too, may be passing higher costs on to their customers.

London ripple. Despite near record low mortgage rates and lenders eager to lend, house prices are flat and transactions are low. The Halifax index for July reported prices fell by 0.2% on the quarter to July. Yet their average property price is still £219,000. At least annual price growth, 2.1% in July, is probably now below wage growth, giving would-be buyers rare respite. The reliable RICS survey suggests more softness to come, which is slowly spreading beyond London.

Disappointing. March to June proved to be a quarter to forget for the construction industry. Output contracted by 1.3% in Q2 compared with Q1, with few exceptions (public sector house building, a small contributor, almost the sole grower). Private sector house building fell by 0.2%, with no offset from their repair and maintenance colleagues, also down, by 0.8%. Construction accounts for 6p in every £1 of GDP, so the overall impact is well absorbed. Disappointing nonetheless.

(With apologies to Wordsworth)…“Bliss it was in that dawn to be alive, But to be young old was very heaven.” Is this a golden age for the retired? In 1977 just one-in-five retired households had an annual disposable income above £10k. Nowadays, after adjusting for inflation, 96% do, largely thanks to private pension income. The State Pension has almost doubled in real terms too. And pensioners have weathered the economic downturn better than younger folk. From 2007/08 to 2015/16, retired household income rose 13% in real terms. It decreased for working-age households.

Found. The young also tend to feel the rougher end of recessions. Not only is it hard to get a job, it also damages your future ‘employability’ and potential lifetime earnings even after the cycle has turned. As recently as 2012, youth unemployment was above 20% in the UK. Yet many have turned their chances around. 2012 graduates from UK universities are now just as likely as their pre-crisis predecessors to be working. 81.3% of leavers are now employed with most of the remainder studying further and just 2.4% reported as unemployed. In this respect, the damage has been limited.

Soft, again. The core rate of inflation in the US fell for the fourth consecutive month in June. Back in February it stood at 2.2%y/y. It’s now 1.7%. The failure of inflation to rise in Iine with its own forecasts has been a growing dilemma for the Fed. Recent weak readings had often been dismissed as temporary. That’s now beginning to change and some Fed officials are considering a pause on further rate hikes. It’s too early to tell if a reverse is needed. But if so it wouldn’t be the first central bank to back-peddle in the post-crisis period.

Age gap. While the Brexit negotiations have highlighted the significance of migrants into the UK, our national statisticians are telling us more about Brits living abroad. It was France’s turn last week. And the biggest difference is age. Mimicking “A year in Provence”, the most common age for a Brit living in France is between 60 and 64. For French nationals in the UK, it’s 25-29. Yet even for those below retirement age, only half work, compared to 78% of working age French nationals in the UK. This suggests a very different set of priorities on the rights of citizens during the Brexit negotiations. 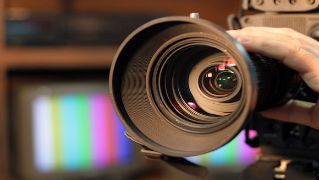