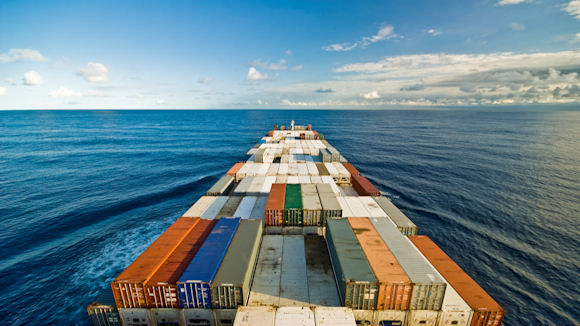 The latest Royal Bank of Scotland Scottish Business Monitor shows that exports grew for the first time in two years during Q2 of 2017.

A weak pound buoyed Scotland’s production and tourism sectors, boosting visitor numbers to the country and driving exports – leading to the first positive swing in export numbers in two years.

Stephen Boyle, Chief Economist at Royal Bank of Scotland, said: “Scotland’s economy continued to grow in the second quarter, albeit very modestly. More encouraging is the outlook, with a greater proportion of businesses expecting higher levels of activity in the second half of the year. Inflationary pressures remain strong and, with wage growth weak, households will be under pressure; consumer-facing sectors will see a further weakening in demand. Prompted by the weaker pound and stronger growth in the euro are, the return of export growth is welcome but falling business investment is a concern for longer-term growth prospects.”

Professor Graeme Roy, Director of the Fraser of Allander Institute, which conducted the survey, added: “These latest figures from the Scottish Business Monitor indicate that Scottish businesses are remaining resilient in the face of challenging trading conditions. Businesses reported a further improvement in activity, although levels of growth remain relatively fragile. Inflationary pressures are an increasing concern but the fall in the value of Sterling is providing a welcome boost for Scotland’s tourism sector and exporters.”

The Royal Bank of Scotland Business Monitor which surveyed more than 400 Scottish businesses reveals that more than a quarter (27%) of businesses enjoyed an increase in export activity in the three months to June, compared to less than one in five (18%) who reported a decline. The balance of nine per cent compares with a flat first quarter to the year and a balance of -16% during the final quarter of 2016 and -11% in Q3 – making this the first positive balance in two years. The production sector leads the way with 21% reporting an increase in exports. The least was services with three percent. Businesses are optimistic that the trend will continue, with a net six per cent expecting export activity to rise over the remainder of the year.

The Monitor reveals that a third (34%) of firms reported an increase in the total volume of business during the last quarter, compared to 28% who witnessed a fall in activity. The balance of six percent represents a rise of three points since the first quarter of 2017.

A net one per cent of production sector firms reported a fall in activity with the decline most prominent in construction (-6%). A balance of 7% of services businesses reported rising business volumes, with above average growth in finance and business services and tourism.

Collectively, a net 24% of all firms surveyed said they expected total business volumes to rise in the six months. Firms in all parts of the country expect business volumes to grow, including a net 12% in the North East, suggesting that the prolonged hangover in the region since 2014’s oil price collapse is coming to an end.

New business continued on the upward trend first reported in the second half of 2016. A third (33%) stated that the volume of new business rose in the three months to June, compared to one in four (24%) who stated it fell. The balance of nine per cent is an improvement of three points on Q4 2016 but a drop of one per cent from Q1 2017.

The volume of repeat business improved during the last quarter, but modestly. While one in five (19%) reporting an increase, 17% reported a fall. The net balance is also a modest drop on the previous quarter, two per cent comparing with three per cent during Q1 2017.

Four in ten (36%) of firms reported a rise in turnover on the three months to February. This compares to nearly a third (31%) who experienced a decrease. The balance, five per cent, compares to four per cent during Q1 2016 and 22% in Q4 2016. Turnover growth was strongest in the Highlands and Islands (24%) while in the North East (-7%) more firms reported falling than rising sales.

Inflationary pressures are continuing to impact upon costs for Scottish business, with 56% of all businesses stating that costs rose over the last quarter. Just one in 16 (6%) reported a fall. Cost pressures were most acute in tourism where a net 72% reporting a rise in costs, followed by distribution (66%) and manufacturing (49%).

A net 49% expect costs to increase in the next six months, suggesting businesses are concerned that inflationary pressures will continue to build.

The Business Monitor survey is undertaken for Royal Bank of Scotland by the Fraser of Allander Institute. The Business Monitor is the definitive monitor of business trends, market conditions, financial factors and business conditions in the Scottish economy. The survey was carried out on June 12 and 465 firms responded. 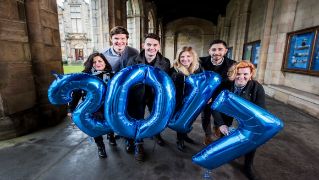 The Royal Bank of Scotland is supporting this year’s Converge Challenge, a competition and development programme aimed at creating a new generation of entrepreneurs in Scotland. 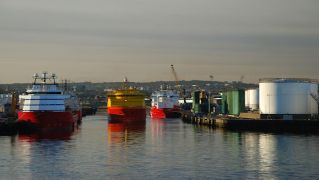