The Royal Bank of Scotland Group plc (together with its subsidiaries, “RBS”) has reached a settlement with the Federal Housing Finance Agency (“FHFA”) as conservator of Fannie Mae and Freddie Mac, to resolve claims by FHFA in relation to RBS’s issuance and underwriting of approximately US$32 billion (£25 billion) of residential mortgage-backed securities (“RMBS”) in the US. As part of the settlement, FHFA’s outstanding litigation against RBS will be withdrawn. 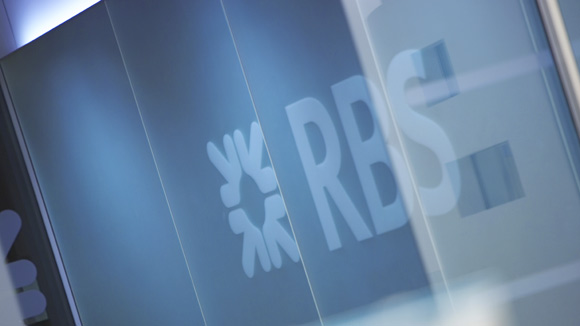 “Today’s announcement is an important step forward in resolving one of the most significant legacy matters facing RBS and is further evidence of the determination of the bank’s leadership to put our remaining issues behind us.

“This settlement is a stark reminder of what happened to this bank before the financial crisis, and the heavy price paid for its pursuit of global ambitions.”

Financial Impact of the FHFA settlement

Under the settlement, RBS will pay FHFA US$5.5 billion (£4.2 billion), of which US$754 million (£581 million) will be reimbursed to RBS under indemnification agreements with third parties.

The cost to RBS (net of the indemnity mentioned above) of US$4.75 billion (£3.65 billion) is largely covered by existing provisions. An incremental charge of US$196 million (£151 million) will be recorded in the RBS Q2 2017 results which will be published on 4 August 2017.

As at end Q1 2017, RBS held a provision of US$8.3 billion (£6.6 billion) against RMBS, of which $4.55 billion (£3.6 billion) related to FHFA and the remainder principally relates to a number of the matters described below.

RBS is one of 17 financial institutions to have settled RMBS claims filed by FHFA. Following this settlement, RBS’s unresolved RMBS litigation matters involve the issuance of less than US $1 billion of RMBS issued primarily from 2005 to 2007, assuming court approval of an agreed and provided for settlement. This unresolved amount does not include the FHFA case involving RMBS issued by Nomura, which RBS estimates its net exposure as approximately US $383 million (£295 million) and intends to pursue indemnification for. This net exposure was also included within RMBS related provisions as at Q1 2017.

As previously disclosed, RBS continues to cooperate with RMBS related investigations and proceedings (both formal and informal) by federal and state governmental law enforcement and other agencies including the US Department of Justice (“DOJ”) and various other members of the RMBS Working Group of the US Financial Fraud Enforcement Task Force. The duration and outcome of these investigations, including in particular the DOJ’s civil and criminal investigations, and other RMBS litigation matters remain uncertain, including in respect of whether settlements for all or any of such matters may be reached.

RBS is not making any other adjustments to existing provisions relating to RMBS matters as a result of today’s settlement but continues to advise that further substantial provisions and costs may be recognised and, depending upon the final outcomes, other adverse consequences may occur. Please see RBS’s 2016 Annual Report and Accounts for further information on these outstanding investigations and litigation matters.

This announcement contains information that qualified or may have qualified as inside information for the
purposes of Article 7 of the Market Abuse Regulation (EU) 596/2014 (MAR). For the purposes of MAR and Article 2 of Commission Implementing Regulation (EU) 2016/1055, this announcement is made by Matt Waymark, Head of Investor Relations for The Royal Bank of Scotland Group.