‘Understanding our brands’ is a series of articles providing an overview of each of our brands. In this piece we look at Drummonds, one of Britain’s oldest private banks. 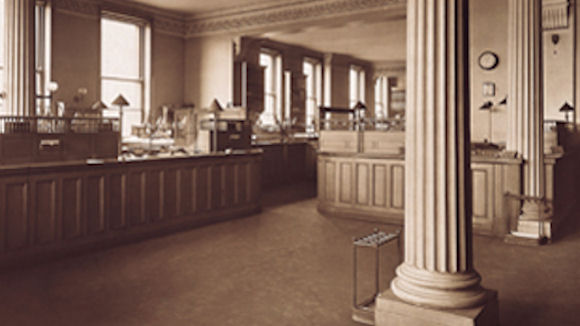 With past customers including Prime Minister Benjamin Disraeli, engineer Isambard Kingdom Brunel and even King George III, Drummonds is one of Britain's oldest private banks. It has provided personal, private and business banking to writers, artists, architects, furniture makers, engineers, scientists, aristocrats, royalty, bishops and statesmen throughout its history.

The brand can trace its origins to a goldsmith business established in around 1712 by Scottish goldsmith Andrew Drummond on the east side of Charing Cross. Having trained in Edinburgh, he moved to London after completing his apprenticeship. From 1717, he also developed a banking business and in 1760 the firm moved to a banking house on part of the bank's current site on the west side of Charing Cross. Andrew Drummond died in 1769 and the business was later managed by members of three branches of the Drummond family.

In 1924, the bank (known then as Messrs Drummond) was acquired by the Royal Bank of Scotland – its first acquisition south of the border. Drummonds continued to operate as an independent branch office under its own name managed, until the 1960s, by a local board of directors.

Today, Drummonds is one of Britain's oldest banks and is well-known for providing a discreet and professional banking service for customers, from its premises situated near Admiralty Arch, close to the entrance of The Mall in London. Alongside traditional banking services, it's one of a handful of banks chosen by Camelot to provide a specialist service for UK lottery winners.

Designed in 1992 the logo was partly based on a goshawk, the emblem of the Drummond family. It also reflects the fact that by 1712 the bank's founder, Andrew Drummond, had begun trading as a goldsmith at the sign of the golden eagle at Charing Cross in London. 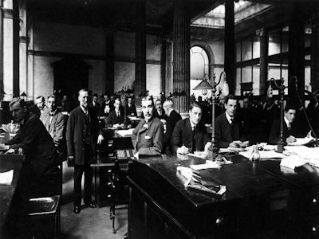 We've been banking in Britain for hundreds of years. Past events and experiences make up an important part of who we are today. 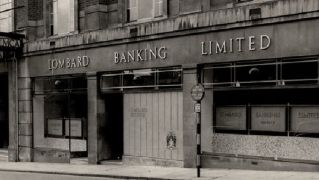 ‘Understanding our brands’ is a series of articles providing an overview of each of our brands. In this piece we look at Lombard, the largest provider of asset finance in the UK.