Why the change of tune? Some on the MPC have been surprised by the speed with which inflation has risen and they think that stronger demand from exports and investment spending will help keep growth going, even if the consumer side of the economy is feeling the squeeze. That argument wasn't strong enough to convince any of the Bank officials to vote for a rise and one of those who voted for a hike has now left the committee. With two vacancies to be filled the MPC's voting position could be a lot more finely balanced than we've been used to.

Winning. Britain's job market remains a curious game of two halves. From the labour demand side it could hardly be better. Employment rose, and unemployment and inactivity fell. Each of these indicators set or matched records, most of which go back to the 1970s. There are a near-high 770,000 job vacancies as employers look to add to the workforce, so we can expect their patterns to continue for a while. However ...

Losing. With labour demand so buoyant we'd be entitled to expect wage inflation that was strong, possibly too strong. Yet regular pay growth, which excludes bonuses, slipped to just 1.7%y/y, it's slowest rate since 2014. Adjusting for consumer price inflation, regular pay fell by 0.6%y/y. That represents a material squeeze on our spending power and one that's set to persist for months to come, depressing consumers' spending.

Back to reality. All eyes are on the retail sector for signs of how consumers are responding to the squeeze on their budgets. April’s numbers provided a welcome boost, benefitting from strong spending over Easter. Unfortunately May’s figures showed that strength was short-lived. Sales fell by 1.2%m/m and were only 0.9% higher than 12 months earlier. The longer view provides a little more comfort. If we look at sales in 2017 to date and compare them to the same period last year then growth is still above 2%, which is perfectly respectable. But momentum is clearly draining away. Retailers will probably be pleased to see any growth in the second half of the year.

Public service broadcast. Just over 5 million people work in the public sector, down from a peak of 5¾ million in 2009. Recent falls have predominantly come from local government. Since 2009 local government employees have fallen by a quarter, or by over 0.5 million. In contrast, the overall number working for central government, that includes teachers, NHS staff, is at a record high. The driver of the rise is NHS workers, up 2% in the year to March and by 11% over the past decade. An ageing population is unlikely to change this trend.

An ill wind. A little-discussed consequence of the gap between the inflation rate and wage growth, is the boost it can provide to business profits. Labour costs rose by 1.1% in the first quarter compared with Q1 2016. That’s lower than the rise in prices. So even absent any change in orders, many businesses, particularly service firms with little need for imports, saw revenue rise faster the costs. So while attention (rightly) is focused on the effect falling real wages has on consumer spending, some businesses benefit and some of those will choose to boost investment, jobs or both.

Retreat. US inflation retreated again in May, falling to 1.9%. The core rate fell to 1.7%. Despite this and despite revising down its near-term inflation forecast, the Fed hiked rates by 25bps. It was widely expected so passed with little fanfare. Of more interest was the ‘Addendum to the Policy Normalization Principles’. It’s not one to be squeezed into the suitcase for the summer getaway. It sets out the Fed’s plans for shrinking its balance sheet, which ballooned through quantitative easing. Reinvestment of the proceeds from maturing securities will be phased out, limited by gradually rising caps.

Rent relief. House price growth has been on the wane of late. And it’s a similar story in private rents. The 1.8%y/y rise in May matched April’s pace and is the slowest since late 2014. London is where it’s most pronounced. May’s 1.3% pace was less than a third of just 18 months prior. The South East and East have also seen slower growth in recent months. Move up the country and the story changes. The pace of growth in The North West, Yorkshire & Humber and West Midlands has been edging up and is close to London’s rate. In Scotland, rents haven’t budget in the past two years with Aberdeen’s slowdown very likely the main reason. 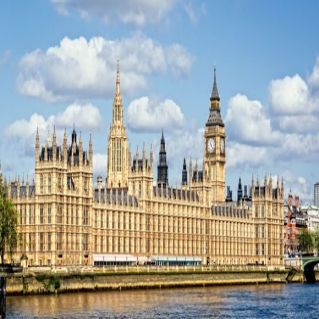