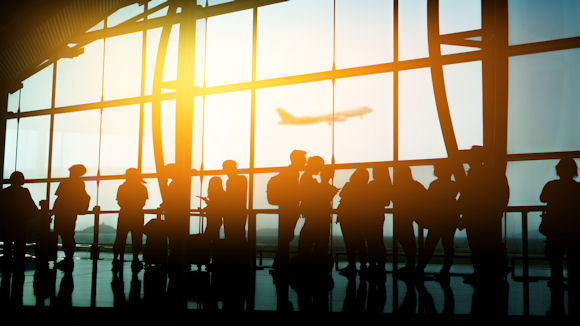 Passengers in an airport

Digging deep. As most businesses recognise, boosting long term performance requires investment. So too the UK economy, where a lack of investment relative to other countries is often cited as the reason for the UK’s weak productivity growth. It’s welcome then, that in the first quarter of this year UK investment rose by 1.2% even after adjusting for inflation. That’s the sharpest rise in two years and more the double the average rate of 0.5%. Doubly welcome is that investment in ‘intellectual’ assets such as software, databases and R&D reached a record £17.4bn in Q1. In the digital age it is these assets that increasing determine a company’s true worth and where it adds most value.

More for less. It wasn’t long ago that the price of a typical house passed the £200,000. And it won’t be long before mortgages follow suit. On average, new home buyers borrowed £191,000 from the high street banks in April, £4,500 higher than in March and almost £10,000 more than a year before. Conversely, the number of mortgages approved is heading in the opposite direction, falling slightly to 72,500 in April. Combine the two effects and mortgage debt is rising but, as much of it is due to bigger individual mortgages, it’s also becoming more concentrated.

Good news and bad news. Let’s start with the good; the Government borrowed slightly less last year than previously estimated, a cool £49bn rather than the £52bn first thought. The improvement is largely down to higher tax receipts and income tax & national insurance in particular. Those two taxes yielded 10% more for the Treasury in Q1 2017 than they did a year earlier. But the new financial year didn’t get off to quite such a good start. Borrowing in April was £1.4bn higher than in 2016. It’s too early to make much of that miss, but slightly disappointing VAT receipts suggests slower consumer spending might be having an effect.

All in it together. Whether the Government is taxing or spending too much or too little is always a prickly topic, but where those taxes are raised and spent is even more controversial. Credit must therefore go to the statisticians that have waded into this debate with an attempt to estimate what’s actually happening. Based on these numbers London, the South East and the East of England all pay more tax than they receive in Government spending. Northern Ireland, Wales and the North East occupy the other end of the table with public sector spending most in excess of tax receipts. But what about the £15bn Crossrail project? Surely that tips the scales the other way for London. Expensive, yes, but not enough to offset the taxes paid by its residents that are 50% higher per head than the UK average.

Revision time. While the UK’s was revised down, US GDP was revised up for Q1 from a 0.7% annualised pace to 1.2%. Personal spending and non-residential fixed investment were judged to be stronger than initially estimated. The 1.2% pace is still weak but US economy-watchers are not concerned. We’ve become accustomed to weak Q1 GDP figures and are betting on a rebound in Q2. That looks to be right. A closely-watched GDP ‘now-cast’ is suggesting a blockbuster 4.1% annualised rate in Q2, which means that rates will….

Heading to normal. Minutes of the US Fed’s recent meeting gave us the clearest signal yet that another rate rise is likely in June. What’s more, the Fed told us more about how it plans to unwind quantitative easing when the time is right. It will progressively reduce the assets it has bought by not topping up its holdings when bonds mature. We’re not there yet but even discussing how they might go about doing it is a sign that the world is slowly heading back towards normality, even if there is a long-ish road still to travel.

Going home. Long-term net migration to the UK fell sharply in 2016, by more than 80,000 to just below 250,000. That was the lowest level since 2014 and the biggest y/y drop since 2012. The fall was split evenly between around 40,000 people leaving the UK – mainly EU nationals – and roughly 40,000 fewer people arriving. We don’t know why migration fell – improving economic conditions in Europe? A response to the referendum outcome? – nor whether it will persist but there were signs in recent job market data that it could have been temporary.