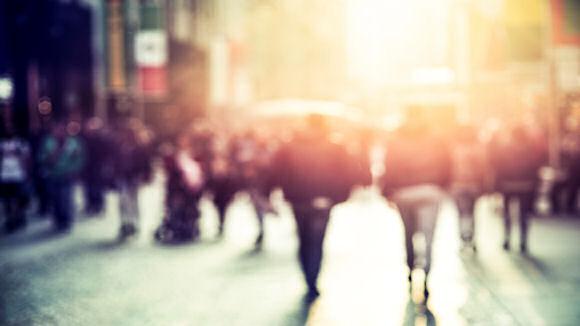 Strong. Britain’s job market continued to go from strength to strength in the three months to February. The number of people in work was up more than 300,000 on a year earlier. At 74.6%, the employment rate equalled the highest seen since records began in 1971. Unemployment fell to 4.7%, its lowest level since 1975. The number of job vacancies reached 767,000 in February, another record in a series that dates back to 2001.

Not so hot. Wages are another story, however. Average weekly earnings, excluding bonuses, increased by 1.9%y/y in February. The rate for the three months to February was 2.2%. With inflation running at 2.3% in February that means the spending power of wages is now falling. The dominant economic issue in the UK over the next few months will be how people cope with this squeeze. Do they reach for their credit cards or run down their savings to maintain spending? Or will they tighten their belts a little? The option we choose will have important consequences this year and beyond.

Sluggish. House price growth is usually a good barometer of the state of the property market and at the moment the signs are reasonably clear. Both Halifax and Nationwide reported a weakening pace of growth in March, down to around 3.5%. The official ONS data show that it is weakness in the London market which is driving the fall. Prices in the capital haven’t budged since the summer. But surveyors have an even more negative impression: most think London property values are falling and complain about a severe lack of new properties to sell across the UK. Low volumes make for a jittery market, so a springtime surge in activity would be welcomed by both buyers and sellers.

Lucrative. Cost pressures on many firms are particularly acute at the moment. Weaker sterling has pushed up the price of imports and energy. Global food prices are on the rise. And closer to home the living wage is rising by an inflation beating 4.2% this month. How will business cope? Pretty well according to the profitability numbers from the Office for National Statistics. They showed that firms made an average rate of return of 12.3% in 2016. The last time profitability was materially higher than that was back in 1998 when GDP growth was a staggering 3.5%. Slow economic growth needn’t be unprofitable, it seems.

Pausing? The rate of inflation was unchanged during March, registering a figure of 2.3%. Why did the recent trend of rising inflation come to a halt? The shift in the timing of Easter compared to last year meant movements in air fares weighed down on the headline rate. Pushing in the other direction were food prices, which rose 1.2%y/y. A 17%y/y rise in fuel prices will also be exerting a little squeeze on household budgets. The goods category as a whole rose 2.5%y/y. It’s been four years since it’s been so high. Even televisions are up in price compared to last year. And that never happens!

Not likely. The prices charged by producers rose by 3.6%y/y. Prices were up 0.4% on the month, in line with the average over the past half year.And although the rate of inflation producers face (their input costs) fell for the second month in a row, at 17.9% it’s a steep rise compared to last year. Sterling’s modest rise in recent months, which is tempering input price inflation a little, is no match for the sharp fall in sterling during 2016. All in all it’s safe to say the pause in consumer price inflation doesn’t represent a topping out. There are more pressures in the price pipeline.

On target. At 2.4%y/y US inflation was a little higher than the Fed’s preferred 2% in March. However, the rate was boosted by past rises in energy prices. Core inflation, which strips out the effects of volatile items like energy, was right on target at 2.0%. The Fed has been raising rates in recent months and looks set to continue doing so. But there’s nothing in the inflation numbers that would give even the toughest inflation hawk any reason to move more quickly than planned, meaning two or three more rises this year seem likely.

Over here. The ONS has shone a light on the role of non-nationals in the job market. One person in nine in work is a non-national. Their shares of employment are greatest in transport and communication; wholesale, retail and hospitality; and manufacturing. They get paid less, on average, largely because they are more likely than UK nationals to be in low skilled jobs. Non-nationals are more likely, too, to be over-qualified for what they do. Perhaps the most important insight is that non-nationals are a varied bunch. People from the longer-standing EU members states are likelier than nationals to be in high skilled jobs and their average pay is higher than for nationals.