Agri-food firms in North Ireland are well placed to capitalise on opportunities. 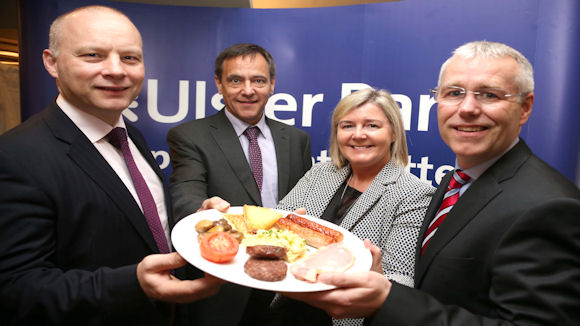 Speaking at the bank’s annual briefing on the sector in Belfast, Ulster Bank Head of Northern Ireland, Richard Donnan said that although there is much uncertainty in relation to Brexit the agri-food industry has some fundamental strengths that will continue to provide opportunities into the future.

Mr Donnan pointed out that in this respect, the exchange rate is currently in local firms’ favour, but longer-term, Northern Ireland’s place in the UK market, the provenance of its produce, the quality of its supply chain, and the growing demand for food are key fundamental assets to build on.

“The agri-food sector is a crucial component of the Northern Ireland economy and we are strongly committed to continuing to support it through the funds we have available to lend and the expertise of our team,” he added.

Richard Ramsey, Chief Economist, NI, at Ulster Bank, pointed out that the weakness of sterling helped turn 2016 into a positive year for Northern Ireland’s agri-food sector, after a very difficult 2015. However, inflation is one of the main challenges for the Northern Ireland economy in 2017, evident in the rising price of food.

To illustrate the point, Ramsey presented the annual Ulster Bank Ulster Fry Index, which shows that the price of items making up a cooked breakfast have increased by 2.8 percent in the last 12 months, based on the Consumer Prices Index (CPI).

The bank’s popular measure of food price inflation suggests that an Ulster fry is the most expensive it has been in three years. Consumers had been benefiting from falling prices – the Ulster Fry Index fell by 9 percent in 2016 and 3 per cent in 2015.

Of the main items in an Ulster fry, pork sausages (7.1 percent) and tomatoes (6.8 percent) have seen the biggest price increases in the past year. Margarine is up a whopping 29.2 percent in the year, with butter seeing a price increase of just 1.4 percent.

Eggs are the only item to have fallen in price in the 12 months to the end of March – according to CPI, the price of eggs was down 5.8 percent.
Despite the recent price increases, which are set to continue, the Ulster Fry Index is still almost 12 percent lower than it was in 2014.

Mr Ramsey added: “Food makes up a significant proportion of household spending. Food and drink is also a key sector of the Northern Ireland economy. So, understanding how the price of food stuffs are changing gives us some insight into both the current state of consumer finances, and also some of the challenges facing the agri-food industry,”

“Looking ahead, we only see the Ulster Fry Index going one way; up. Consumers are going to feel an increasing squeeze as the price of food rises in the months ahead. And of course cafes and restaurants also have to factor in rising energy and labour costs, for instance, in the prices they charge. The National Living Wage and the rising cost of gas and electricity will be key factors in their cost-base, and the prices they charge,” he adds. 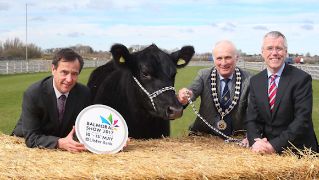 The event, now in its 149th year, will take place from 10-13 May with Ulster Bank as the headline sponsor.