Whether it’s booming car sales or rising job satisfaction the data says the UK is in a good place. Or maybe that’s the aftereffects of a sunny weekend… 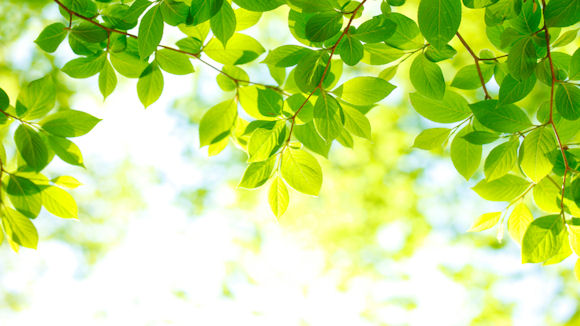 Service charge. Nine months on from the EU referendum result, the UK’s service sector hasn’t lost its mojo. According to the March PMI the sector notched up its fastest rate of growth for the year with an overall score of 55, up from February’s 53.3. Firms remain very optimistic for the future but inflationary pressures remain a concern. Input cost inflation eased last month relative to February’s near 8-1/2 year peak but still remain high. Passing these costs on to customers through higher charges remains a priority, sharpening the focus on this week’s inflation data.

Moderating. While the UK’s service sector regained momentum going into the second quarter, the manufacturing and construction PMIs signalled some slippage in March. Manufacturing output growth eased as its score dropped to 54.2 from February’s 55, but current rates of growth in output, orders & employment continue to compare very favourably with long-term averages. But the same cannot be said for cost pressures. Input cost inflation has eased from its recent highs but remains elevated. As with the service sector consumers can expect prices to rise for the foreseeable future.

Flatter to deceive. Low / no inflation coupled with pay rises provided the ideal conditions for consumer spending in 2015 & 2016. But 2017 is set to be more challenging. Not according to the latest new car sales figures, at first glance anyway. Fresh highs were recorded in March and Q1. Car purchases rose by 8.5% y/y in March and by over 6% y/y in Q1 2017. New vehicle excise duty (VED) rates come into effect this month which introduces an annual flat rate charge for all cars bar those with zero emissions. Therefore March’s figures have been flattered by motorists getting in ahead of the change.

Spritely does it. Perhaps the best hope for constructive Brexit negotiations is probably the state of the Eurozone economy. Growth should beget good favour. So the increasingly-sustained uptick in the region’s economy is doubly welcome. The Purchasing Managers’ Index rose to a more-than-respectable 56 in March, the highest in almost six years. Germany led the conga, followed by Ireland, Spain and, wait for it, France. Most indicators look rosy, with new order books filling growing and firms’ hiring intentions the best in over nine years. Input price are up but you can’t have everything. Let’s hope it lasts as the area’s economic performance may have lasting consequences.

EZ does it. The Eurozone’s unemployment rate shifts steadily downwards. It was 9.5% in February, down from 10.3% a year earlier and having been over 12% in 2012. If the Eurozone starts creating jobs and moves closer to full employment then it might also see a renaissance of faith in the single currency and also go some way to shifting politics back towards the centre-ground. However, unemployment remains more stubborn in some countries, notably France, Italy and, of course, Greece, suggesting that, for these countries at least, politics will remain, ahem, ‘lively’, for some time yet.

Softer sentiment. There’s been a mismatch in recent months in the US between robust ‘soft’ data (surveys of consumer and business confidence) against more disappointing ‘hard’ data (retail sales or unemployment etc). Last week there was a bit of convergence, but not in a good way. Business confidence fell to its lowest level in five months in March, with weaker than expected consumer spending getting the blame. The hard data continued to underwhelm, too. The US economy added a mere 98k jobs in March, well short of the 180k expected and the weakest rise since last May. Many were quick to blame non-economic factors with hours being cut due to bad weather. The US has regularly disappointed in Q1 in recent years only to stage a recovery in succeeding quarters. At the least it might just pare some of the more bullish US forecasts.

Drawdown. The minutes of the Fed’s March meeting where it hiked rates by 25bps revealed signals that the Fed plans to begin reducing its $4.5trn balance sheet. Three rounds of quantitative easing from 2008 to 2014 saw the central bank’s balance sheet balloon from below $1trn. It will be a very gentle process when it does commence. And indications from one Fed official is that it may even be substituted for rate hikes. It will get plenty more discussion in the coming months.

Wellness. “GDP isn’t happiness.” An oft heard retort when economists talk about standard of living. And it’s true. But the Office for National Statistics does now try to measure well-being and 28 of its measures have improved against a deterioration in just 5 over the last 3 years. We’re more satisfied with our jobs and our leisure time as well as feeling more belonging to our neighbourhoods. But it wasn’t all good news, the proportion of people in unhappy relationships rose and there was deterioration in housing satisfaction and sports participation. Watching other people win medals doesn’t cut it.

Triggering Article 50 was the starting pistol for the real Brexit negotiations, now the real work begins.