Everything must go - Economics Weekly

Everything must go - Economics Weekly

Growth at the end of 2016 had the feel of a seasonal sale. Let’s hope the consumer avoids feeling buyers’ remorse. 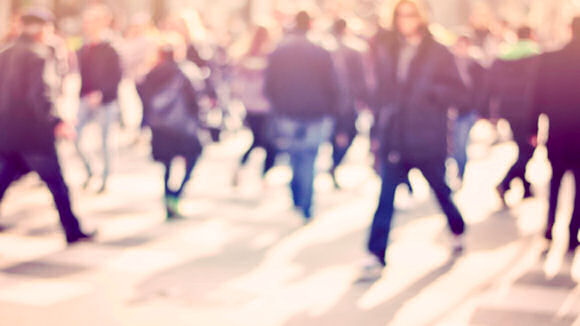 The UK economy grew faster than first thought in Q4 2016: GDP was up 0.7%q/q, not the 0.6% first advertised. There were helpful boosts from sharply higher exports, lower imports and extra government spending. But it’s the consumer who continues do the heaviest lifting. We spent 0.7% more q/q despite paltry income growth. That might shed some light on why credit card and personal loan borrowings were rising briskly towards the end of the year. We’ll learn next month if we dipped further into our savings, too.

The one element of demand that didn’t grow in Q4 was business investment, which fell by 1.0%. It was a disappointing end to a disappointing year, which saw business investment decline (-1.5%) for the first time since 2009. It was also curious because borrowing by non-financial businesses grew last year, including during Q4. Did they use that money to fund day-to-day costs? Are they holding onto it for investment this year? Or did financial firms cut back on investment?

George Osborne gained the reputation of being a serial ‘over-shooter’ with public sector borrowing. Disappointing tax revenues persistently blighted his deficit reduction plan. But Philip Hammond looks set to unveil a sizeable undershoot at next week’s budget – well below the projected £68bn for 2016/17. Tax receipts increased by over 5% y/y in January contributing to a fiscal surplus of £9.4bn. More money was also found down the back of a sofa courtesy of upward revisions to previous corporation tax receipts. With a new budget due next week, borrowing stands at £49.3bn, the lowest since the corresponding period in 2008 and down 22% y/y. Monthly surpluses are one thing, annual ones are quite another. The quest for the latter continues and that means more austerity.

Net migration to the UK fell to 273k in the year to September 2016, down from 335k in the year to June. The figures, which partly cover the post-EU referendum period, show net migration from the EU fell from a record 189k to 165k. There were both fewer entrants, down 23k, and more opting to leave, up 25k. Key reasons on both sides are fewer non-EU citizens are choosing to study in the UK and more EU citizens wishing to return home. N.B., migration numbers are best guesses based on surveys at airports, ports etc. So all we can say with confidence is that these early signs suggest net migration may be slowing from the peak seen over the past few years. Nothing more, nothing less.

Horrible name, difficult problem. The number of young adults not in education, employment or training, known as NEETs, has long vexed policy makers and those hoping everyone gets a fair crack at life’s whip. So it's good news that after peaking at almost one-in-five in 2011, the proportion of 16 to 25 year old NEETs fell to 11.5% in Oct-Dec last year. That’s the lowest since at least 2001. But it still means that more than one in every ten 16-25 year olds, over 800,000, are at risk of falling further behind in the skills race, soon to be made all the harder by the march of robots.

Judging by the PMIs, the Eurozone economy is looking buoyant, by its standards at least. The composite PMI for February reached 56 – the highest level in almost six years. France rounded off 2016 with a decent GDP growth figure of 0.4%q/q and has built on the momentum in early 2017 with two successive monthly gains in its composite PMI to a robust 56.2. The response to the strong figure is a familiar one. Keep it going please.

Germany has long been criticised for keeping its government purse strings too tight. A natural response to austerity in the weaker parts of the Eurozone would be for stronger countries to spend a bit more, fostering a kind of economic solidarity. Yet Germany has refused to do so, or up until recently at least. Government spending in 2016 rose at a pace not seen since the post-unification days of the early 1990s. The reason? Recent arrivals to the country have required mobilisation of public resources. Now a dose of tax cuts and infrastructure spending would do nicely.

The US Fed’s last meeting showed how keen the FOMC is to convey a sense of stability. The assessment of the economic outlook was unchanged from December and the expectation that rates will rise this year was reiterated. But from next month one aspect will change. Wounded by its prediction of raising rates four times in 2016, yet managing only one, the Fed will now publish fan charts for its forecasts, akin to what the Bank of England does. The hope is this will convey the degree of uncertainty around policymakers’ expectations of the future. Disappointment awaits. Experience elsewhere shows the focus will remain on the central forecast. 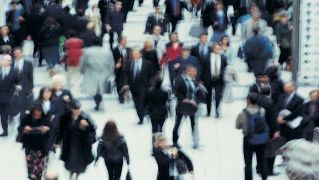 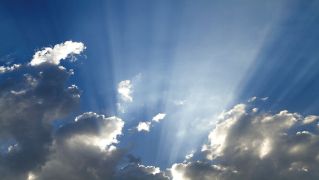