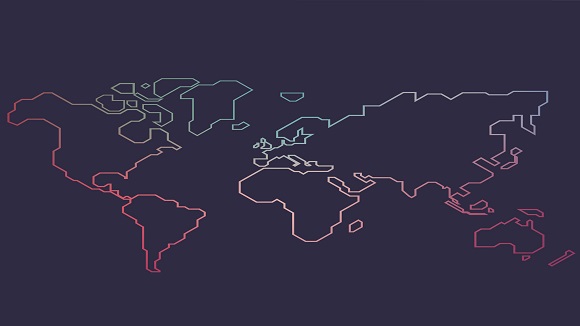 Italy’s economic performance this century has been woeful. Its economic output is little different to the level it was back in 1999. Its banking sector non-performing loan ratio has trebled since the crisis and now stands at 18% according to the IMF, way ahead of the EU median figure of 4%. The country remains in the midst of trying to find some sort of solution to its banking crisis. The latest dose of political uncertainty the country faces isn’t exactly what was called for.

The Bank of England's (BoE) verdict on financial stability concluded that whilst most of the economy has weathered recent political events well there are areas where risks are building. In the UK they include a very large current account deficit, strong growth in unsecured borrowing and slowing activity in the commercial real estate market. Overseas it is Chinese firms and their debt binge that causes most concern. Plenty of issues to keep an eye on.

Adding fuel to the fire.

Last week the European Systemic Risk Board gave the UK a telling off over rising risks in its housing market. The latest figures from the BoE will fan the flames further. UK households borrowed another £3bn in mortgages in October, meaning lending is continuing to grow at about 3% a year. But it is unsecured borrowing where the real growth is. Lending on credit cards, loans and car finance is up over 10% on a year ago and is now worth over £190bn.

UK businesses confounded the forecasters by investing more in Q3 than before the referendum and it looks like they might repeat the trick in Q4. Recent projections from venerable institutions such as the Bank of England, the Office for Budget Responsibility and the OECD all feature falls in business investment in response to economic uncertainty. But the first month of Q4 saw businesses borrow more from banks. Large and small non-financial firms saw their borrowing grow at 4% and 1.7% respectively. If that money is put to work it will be a good start to Q4 for investment.

House price growth slipped to 4.4%y/y in November, according to Nationwide. In the last couple of months prices have been almost flat. Slower inflation is welcome. But even at this rate house prices are rising at almost twice the speed of pay growth, meaning buying a house takes a steadily increasing share of our incomes, if we can afford to buy at all. Hopefully the White Paper on housing will provide the supply boost that makes house purchase attainable for more people.

Net migration to the UK totalled 335k in the 12 months to June 2016, marginally up from the 12 months to March 2015 but almost identical to the figure a year prior. Work remains the most popular reason with a net 136k migrating for this purpose. A further net 136k migrated for the second most popular driver – formal study. And it was almost a dead heat in terms of origin. 189k were from the EU while196k were from outside the EU in the year to June 2016.

There are three ways to calculate gross domestic product, by counting how much we earn, consume or produce. All should give the same answer. But in the US at present they don’t. The spending measure says GDP increased by a very respectable 3.2% in Q3, up from 1.4% in Q2. Yet the income measure records a stonking 5.1% rise. Splitting the difference gives growth north of 4%, which considerably strengthens the case for a rate rise at next week’s Fed meeting.

The November jobs report strengthens the case a bit further. The US economy added 178k jobs last month while the unemployment rate fell sharply to 4.6% (the lowest rate in nine years) from 4.9%. It wasn’t just job growth pushing unemployment down. There was an unwelcome drop in the labour participation rate. One note of caution. Job growth has averaged 160k per month in 2016. Decent, but less than the 220k in 2015 in advance of the Fed’s hike last December.

The Fed wants to avoid the fate of all major central banks that have raised rates since 2007: each has had to cut again fairly soon. It needs to be sure that it is acting to ward-off the prospect that inflation picks up too quickly. At present, the headline measure it tracks is running at just 1.4%, although core inflation is closer to target at 1.7%. Wage growth of 5.5%y/y in Q3 might just be the signal that convinces them to reach for the hike button.

One of China’s manufacturing PMIs rose in November, while one fell. But both have generally improved through 2016. Indeed the rising PMI reached its highest level since 2012. Amidst easy credit China has resorted to what it knows best – building, building and building some more. And it is larger firms, which tend to be state-owned, that are reporting the most robust activity. Another concern is that capital outflows are on the rise again, prompting a government clampdown.