A decent month for trade and a decent year for industry still leave gaps in both. The trade deficit remains at near-record levels while industrial output is 7% lower than it was a decade ago. The first gap is the more significant.

Industrial production in July grew by just 0.1% compared with June. Manufacturing was the laggard, falling by 0.9% on the month, whilst oil and gas put in a strong spurt of 4.7%. Over the year the figures are more flattering, with production up 2.1%. Not bad at all. But it will take quite a few years to recover at that rate. Manufacturing is still operating at 5.2% below its pre-crisis peak, with the broader production measure even worse at 7.6% below. That’s a big gap to make up.

Even trade joins the post-Brexit vote bounce. Exports rose by £0.8bn between June and July, while imports fell by £0.3bn, meaning the gap between our imports and exports, or trade deficit, narrowed by £1.1bn. Still, a bit of perspective is required. The gap is £4.5bn and it narrowed from a near record £5.6bn in June. Signs of inflation are growing too as import prices rose by 3.2% in a month.

A decent second quarter for UK construction masks underlying weakness. Total output is down by 1.2% on a rolling quarter basis and there was no growth at all in July. New housing building, which had been strong, fell by 0.8% in July. Not great. Britain desperately needs better infrastructure and the case for more homes needs no repetition.

The UK services sector PMI rebounded in robust fashion from the post-referendum slump recorded in July. Indeed the rise from 47.4 to 52.9 was the biggest jump in the two decade history of the series. Survey respondents reported an inflow of new business, more domestic tourism, export orders bolstered by a weaker pound and a general upturn in confidence following post-vote uncertainty. One slight concern is an indication of rising, though modest, inflationary pressures. Overall it appears the initial shock has been dealt with. But those are the first steps on a long road.

Sentiment in the housing market nose-dived post-referendum but optimism has quickly returned. August’s RICS survey showed a small net balance of surveyors (10%) expecting UK house prices to rise over the next 3 months, a huge turnaround from June. The swing is greater in London, now at +3% from -45% and the first positive score since January.

The uncertain post Brexit vote road didn’t stop car buyers flocking to showrooms in August. Sales rose by 3.5% y/y. Yet the desire for a new set of wheels is largely confined to England (+4.5% y/y). Sales are stuck in reverse in both Scotland and Wales, with sales down by more than 3% y/y. Interestingly, in England the Ford Fiesta remains the car of choice. In Scotland, it’s the Vauxhall Corsa.

Eurozone GDP grew at an annual rate of 1.1% in Q2, its average since the recession ended in mid-2009. It’s been a dismal performance. The region managed 2.6%y/y growth in the pre-crisis decade and compares unfavourably with 2.0%y/y in the UK. Unemployment remains above 10% and such paltry growth will leave it high for some time.

Something must be done!

The August Purchasing Mangers’ Index suggests that it will be more of the same for the Euro Area in the immediate future. The main index slipped a little by 0.3 to 52.9, close to its average in the last few months. The ECB has taken a range of substantial actions in recent years, with varied results. It’s time for the euro area nations with strong balance sheets to use fiscal policy to boost growth today and supply potential for tomorrow. Don’t hold your breath.

Despite downgrades to growth and inflation forecasts, European Central Bank President Mario Draghi announced no new monetary easing measures. It seems December may be the month for more action. An extension of its QE programme beyond March 2017 is widely expected. A significant share of sovereign bonds now have a yield less than the ECB’s -0.4% deposit rate and have thus become ineligible for purchase. Oh the tribulations of monetary policy in this new era.

Survey data show the US non-manufacturing sectors grew for the 79th consecutive month in August. Yet a reading of 51.4 suggests the pace of growth is weak and, along with employment, slowing sharply. The index dropped 4.1 points from July. Like a supremely bowled ball or a deftly positioned pass, this survey poses hard questions for US rate-setters. On balance, it looks best to defend, meaning there’s more to discourage talk of imminent rate hikes. 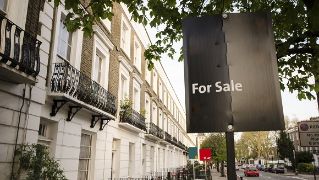 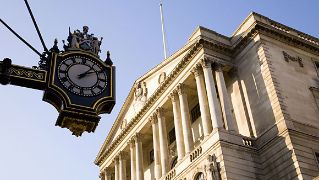