The UK Purchasing Manages’ Index took a post-referendum wallop in July, falling from 52.4 to 47.7 – the lowest reading since April 2009 when the UK was still reeling from the financial crisis. If maintained it would typically mean a contraction of 0.4% in GDP in Q3 – a sharp reversal from Q2’s 0.4% rise. New orders in the service sector were particularly hard hit as businesses entered ‘wait and see’ mode. Even service sector hiring seems to have been put on hold. The hope is that it’s an initial shock which sees at least some rebound next month. And a chink of light is that new export orders rose to its highest reading in almost two years – a presage that sterling’s recent fall may provide a boost to exports?

Stab in the dark

Economic forecasting is a challenging task at the best of times. But economists have begun to have a go at forecasting the performance of the UK economy with uncertainty far higher than usual.  The consensus is that the stuffing has been knocked out of growth, with a GDP expansion of just 0.7% forecast for 2017 (it was 2% in the months leading up to the referendum). But the range of estimates varies hugely. Some are forecasting a recession next year. Others are more optimistic. The International Monetary Fund sees growth of 1.3%. Probably best to expect more big swings in opinion.

The volume of retail sales – the quantity of stuff we bought – was up 4.3%y/y in June but down 0.9% m/m. It’s always risky pinning too much on one month’s numbers and growth across Q2 as a whole was strong. The big story remains weak pricing power for retailers. We spent only 1.9% more to get that extra 4.9% of stuff and store were 2.5% lower y/y. Maybe a little sterling-induced inflation would be a good thing.

Unemployment fell to 4.9% in May, a level not seen for over 10 years. That improvement was due to over 600,000 people finding work in the last 12 months, another year of staggering job creation in the private sector. Public sector workers now account for less than 17% of the labour force, the lowest proportion since comparable records were started in 1999. The one thing missing? Meaningful wage growth. Pay rose by 2.3% last year, a very similar rate to that being granted 2 years ago, despite unemployment having plummeted in the meantime.

Inflation rose to 0.5% in June, the highest it's been since December 2014. The past 18 months has seen two big forces causing low inflation, falling oil and food prices. Now oil has risen above the trough reached at the start of the year and is no longer dragging inflation down. Food prices meanwhile remain firmly in deflationary territory. The weakness of sterling after the referendum should lead to some upward pressure on prices, but given the low starting point that seems more likely to push inflation up towards the 2% target, rather than send it spiralling beyond.

Britons paid 3.3% more in taxes in the first thee months of the financial year than in 2015-16. That suggests the economy was humming along at a decent enough rate – after all, the money to pay those taxes has to come from somewhere. Government borrowing was £2 billion lower than in the same period last year but it’s too soon to tell if we’re on track to hit the Budget targets. What’s more the new Chancellor has said the new government may be willing to “reset fiscal policy”. So there may be new targets to aim for. More detail on that is likely in the Autumn Statement.

Here’s the exam question. You are a central bank with an inflation target of below but close to 2%. Inflation is more or less zero and has been for three years. Unemployment is drifting down towards 10%. And the UK just voted to leave the EU. What do you do? Mario Draghi’s answer is “hold fire”. The ECB reckons the euro area has shown resilience in the face of the referendum vote. Hence its decision to leave rates and QE where they were. But it says that risks remain skewed to the downside, meaning more action at its September meeting is possible.

Purveyors of gloom expecting a marked post-Brexit slowdown in Eurozone business activity were left disappointed. According to the flash PMIs, it was a case of “move along…nothing to see here”. Yes, the pace of growth in the composite (52.9) and services (52.7) PMIs fell to 18-month lows, but the July figures were only marginally weaker than last month.  More importantly the Eurozone remains in expansion mode, although it depends where you look. The French economy remains stagnant (50.0) whereas Germany saw growth unexpectedly accelerate to its best reading for the year. 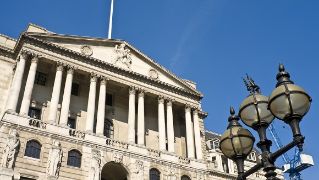