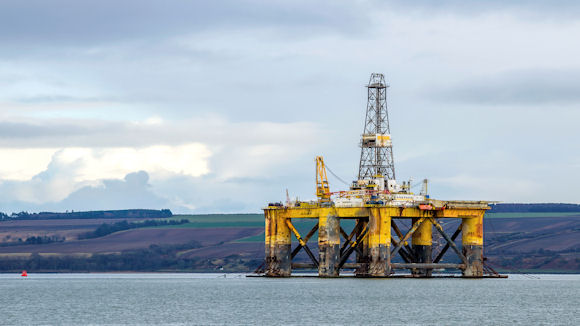 But there are grounds for optimism with Scottish firms expecting a modest upturn in turnover and activity in the medium-term.

According to the research, conducted by the Fraser of Allander Institute, firms across Scotland are reporting falling exports. However, the principal cause of slowing growth appears to be the weakening oil price, with businesses surveyed in the North East reporting weaker performance across the quarterly report’s indicators.

Two in five (39%) firms reported that the total volume of business fell compared to just one in five (21%) who witness an increase in activity. The balance, -18%, is the lowest since Q1 2011 and compares with a balance of -3% in Q4 2015. The balances for production and services firms were the same at -18%.

Inflation remains subdued. While one in three (31%) firms reported that costs rose, one in eight (12%) saw costs fall. The balance, +19%, is the lowest recorded since at least 2008.

A net 21% of firms expect costs to rise in the six months to August.

One in five firms (21%) reported that new capital investment purchases increased while almost one in three (30%) said that it fell. The balance, -9%, is the lowest since 2014. There was little difference between production and services firms. A net 13% of firms expect investment to fall in the six months to August, with a larger negative balance in production (-18%) than in services (-9%).

Exports have proved challenging for all businesses with the exports balance proving negative for the fourth consecutive quarter.

While the majority of sectors reported similar figures across all areas of activity, there was marked divergence between service and production industries in Scotland in terms of new business.

Service firms reported a small improvement, compared to a downturn of -22% for production. Across all sectors, one in four (26%) reported that new business rose while one in three (34%) noted a fall. A net 3% of firms expect new the volume of new business to fall in the six months to August, with little difference in the expectations of production and services firms.

However, there are grounds for optimism.

The balance of the 330 businesses surveyed indicated that they expect to see a modest rebound in turnover and business activity over the next six months.

Stephen Boyle, Chief Economist with the Royal Bank of Scotland, said: “These results are disappointing but not surprising. Slowing growth in the first quarter has largely been visited on Scotland from outside through a combination of the low oil price and weak export demand. Against this backdrop it’s encouraging that firms expect a modest rebound in growth over the next six months.”

Malcolm Buchanan, Managing Director of Corporate & Commercial Banking and Chairman of Royal Bank of Scotland in Scotland, said: “The findings of the Royal Bank of Scotland Business Monitor echo what we are hearing day to day from our customers – the Scottish economy is experiencing some headwinds but our customers see opportunities in the long run.

“We’re working hard to support our customers and to help those businesses taking a long term view of investment for growth.

“Our work with the Scottish farming community in developing the Bridging Payment Scheme and our ongoing work with our customers affected by the oil and gas downturn reflects our desire to find solutions to issues affecting sectors and individual operators. We are also working hard to support fledgling businesses across Scotland and our recent Enterprise Hub launch in Edinburgh is another example of our long term commitment to Scottish businesses.

“The Royal Bank of Scotland Business Monitor findings suggest that there are reasons to be optimistic in the long-term and we are working to help our customers be ready to take advantage of the upturn when it comes." 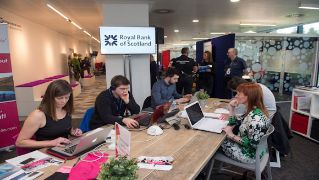