Our Economists recap the main announcements from the 2016 UK Budget. 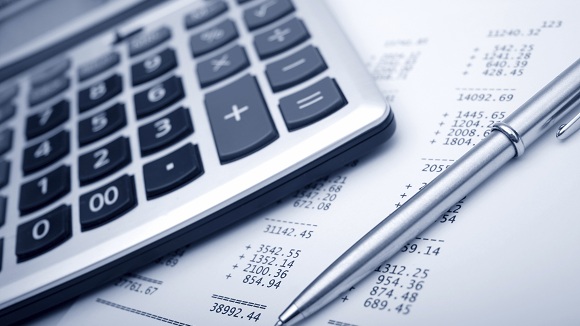 At the start of the year the Chancellor talked about a cocktail of risks impacting on the UK economy. It is therefore not surprising that he has downgraded his economic growth forecasts for the years ahead - revised down for 2016 to 2% compared with 2.4% at the time of the Autumn Statement for 2015 and 2016, and revised down to 2.2% in 2017 and 2.1% in each year after that. But a more marked slowdown will complicate the fiscal arithmetic and make a difficult situation even more challenging.

George Osborne added another episode to his fiscal austerity box set today. As we progress through Season II austerity remains a work in progress. The public finances remain challenging. While public sector borrowing for 2015/16 was slightly below forecast, at £72billion, the Chancellor announced the Government would borrow an additional £36billion over the next three years. Once again, he signalled a surplus in 2019/20 of some £10billion, in line with his fiscal mandate. It is clear that austerity is going to be with us for the next five years, with significant additional spending cuts required in later years. The Chancellor is aiming for a further £3.5bn of savings in 2019-20 with more to follow thereafter.

Some of the more eye-catching measures announced today include the planned reduction in corporation tax. The Chancellor is a serial Corporation Tax rate cutter. The headline rate will now be lowered from a planned 18% to 17% by 2020. However, this gain is more than off-set by significant corporation tax reforms, particularly for multi-national companies, which will bring in a large amount of new revenue.

Other businesses-friendly measures included £1billion of tax support for the oil & gas industry, cutting business rates for all rate payers, and a new stamp duty regime for commercial property. In terms of business rates, the threshold for small business rate relief is to increase from £6,000 to £15,000. This means that from April next year 600,000 UK small businesses will pay no business rates. In relation to Stamp Duty, commercial stamp duty will be zero on properties up to £150,000 and 2% on the next £200,000, but a top rate of 5% on £250,000. This is intended to raise £500m a year.

As expected, income tax thresholds for lower and middle income earners were raised. The personal allowance will increase to £11,500 by April 2017 while the threshold at which the 40% income tax band applies will be raised to £45,000 in two years. Lower income savers will also benefit from a ‘Help to Save’ initiative. Meanwhile, the annual ISA limit will be raised to £20,000, and a new lifetime ISA for those adults under 40 will be launched next year. Up to £4,000 can be saved each year and savers will receive a 25% bonus from the government on this amount.

Perhaps surprising was the Chancellor’s decision not to increase fuel duty - this was frozen for the sixth year in a row. Duty on beer and some spirits was also frozen. He is perhaps keeping this revenue-raising measure up his sleeve for further down the line when he needs it more. Tax rises in this Budget included an increase in Insurance Premium Tax (this follows a significant hike back in November). Meanwhile taxes to be cut included Capital Gains Tax which will be cut to from 28% to 20% for higher rate tax payers and 18% to 10% for basic rate tax payers. This excludes residential property.

A spoonful of sugar tax

The biggest headline grabber however was the announcement of a Sugar Tax – that is a levy on manufacturers of sugary soft drinks. This aims to raise £520m in a two-part levy on companies – one for total sugar content above 5g per 100ml and one for drinks with more than 8g per 100ml. This will provide additional money for schools to spend on PE and sport and to tackle obesity. The Chancellor will be hoping that a spoonful of sugar tax helps the austerity go down.