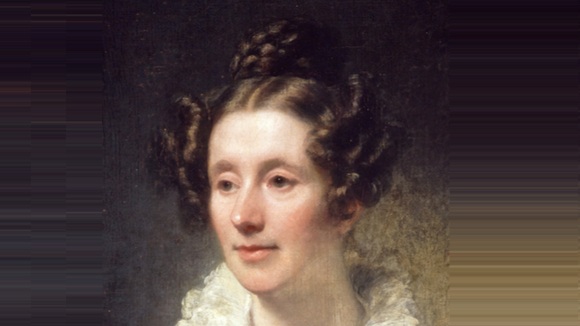 Mary Somerville was a true pioneer and was jointly nominated to be the first female member of the Royal Astronomical Society in 1835.

The announcement follows a week-long public vote to choose between three historical Scottish figures – Mary Somerville, James Clerk Maxwell and Thomas Telford – judged to have made significant contributions to the field of science and innovation. Voting closed on Sunday at midnight.

Following concerns over a huge influx of last minute votes for Thomas Telford from outside of the UK, RBS decided to choose Mary Somerville as the winner. Somerville had been the clear leader throughout the process with the vast majority of her votes coming from the UK.

Commenting on the announcement, Malcolm Buchanan, Chair of RBS’s Scotland board, said:

“I was overwhelmed by the response to this initiative – a first for the Royal Bank of Scotland - and would like to thank all those who took the time to vote. Having the opportunity to choose the face of our new £10 notes obviously meant a great deal to a great number of people.

“Any of our final nominees would have been worthy winners and we wanted to make sure that our choice properly reflected the wishes of those who took part.  Mary Somerville’s immense contribution to science and her determination to succeed against all the odds clearly resonate as much today as they did during her lifetime.”

At a time when women’s participation in science was strongly discouraged, Mary Somerville was a true pioneer and was jointly nominated to be the first female member of the Royal Astronomical Society in 1835. Somerville’s writing influenced James Clerk Maxwell and John Couch Adams with her discussion of a hypothetical planet perturbing Uranus leading Adams to look for and discover Neptune.