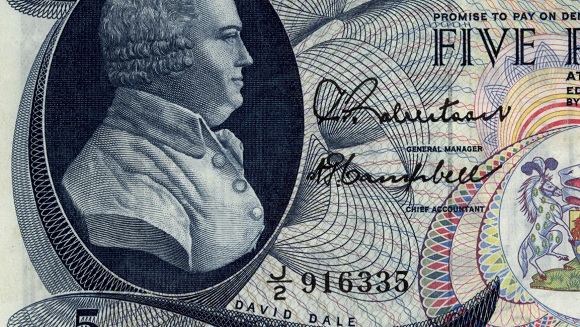 Ideas of giving and philanthropy can be traced back to some of our most renowned employees and supporters.

Throughout our history, we can find examples of people whose commitment to giving something back spurred them on to do great things.

David Dale was well known in 18th century Glasgow. He was joint manager of our branch there for more than 20 years, but he’s much better known for starting the mills at New Lanark, which became world-famous for their progressive working conditions. Dale was a prominent supporter of many charities in the city, including the Town Hospital, Royal Infirmary, Bridewell prisoners, Calton Charity School and the Humane Society. When Scotland suffered food shortages in the 1790s Dale chartered ships to bring supplies from overseas to help lower local prices. In the 1960s we put his face on our banknotes, and also on our savings stamps which helped customers on lower incomes to share in the benefits of saving. After Dale died, one magazine reported ‘Humanity has lost a warm and steady friend.’ That’s a great obituary for anyone to earn.

Benjamin Heywood was a senior partner in the Manchester bank Heywood Brothers & Co, which eventually became part of RBS. He believed passionately in supporting underprivileged fellow citizens in his native city. He was the founding president of Manchester Mechanics’ Institute, which provided education for working men. He was a leading contributor to the campaign to create public parks in Manchester. He was also closely involved in Manchester Statistical Society, the first organisation in Britain to study social deprivation systematically, with the intention of using that information to alleviate hardship. He even briefly became an MP, specifically to campaign for the 1832 Reform Act, which took important steps towards broadening democracy in Britain.

Angela Burdett-Coutts, granddaughter and heiress of the banker Sir Thomas Coutts, was one of the wealthiest women in Britain, and put her money to good use. Many of her donations were anonymous, but those we know about cover a dizzying range of causes. She supported the wives of soldiers in the Crimea; army hospitals; cholera victims; ragged schools in London and beyond; hospitals; famine relief in Ireland; efforts to prevent animal cruelty; and lifeboats. By the time she died, she had given more than £3m to charity. King Edward VII said that she was – with the exception of his mother, Queen Victoria – ‘the most remarkable woman in the kingdom.’

The nature of charitable giving may have changed a lot in the last two centuries as society itself has evolved, but it's just as important as it ever was. 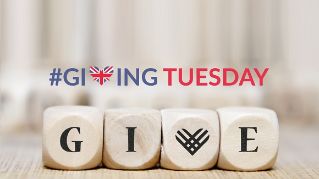 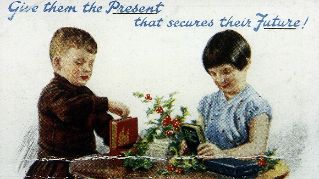